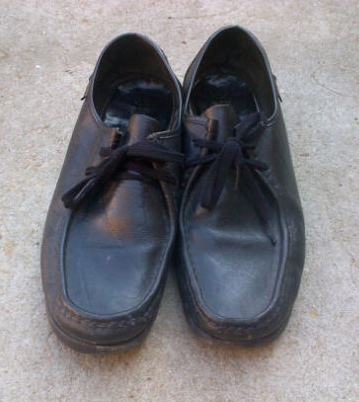 For 41 years you were involved in the South African Police service, what was your position?
I joined the, then, SA Railway police on the 4th of January 1974 and was posted in Kaserne. I left home at the age of 17, I had never been away from home before and had to fend for myself. I returned to East London in 1975 where I stayed up until my retirement. In 1988 the SA Railways police amalgamated with the SAPS. I had worked border duties in SWA and worked at the Jan Smuts airport. While working at the airport an explosive dog handler course came up looking for dog handlers to do duties at the airport, I applied and was accepted. I retired as a Warrant Officer.

Please talk us through a day in the life of an explosive dog handler?
A normal day as a dog handler would have been to take your dog out before your tour of duty – brushing him to ready him for the day.

During the 90’s I attended 3 bomb explosions, I had to secure the scene after the explosions before other members could do their work. I had to make sure there were no bombs that were yet to explode. I once attended a scene in King Williams Town at a golf club where civilians were attacked and gunned down. I had to go into the building and secure the scene with all those bodies still lying where they were gunned down.

There were also proud moments where I was called out to a scene where possible firearms and explosives were buried. You would send your dog over the area and if she reacted positively, ammunition, firearms and hand-grenades would be found.

After the dog unit, I went to the Government Mortuary. I was once attending a scene at a home where a child had drowned and the father was sitting with his child’s body in his arms. Or a mother asked that before I remove the body of her child that I wrap her up in her favourite blanket. Or if she could carry the body of her baby to the mortuary vehicle. I attended a scene where the father had killed his whole family and himself. There were countless incidents – too many to mention, of heart-sore scenes where family and friends were at a scene where someone had died tragically.

Something you enjoyed about your job?
The best time in my career was being a dog handler, the bond I had with my dog. One time after I heard on the police radio that a female had jumped off the Buffalo bridge I was first on the scene. I dived into the river and with other members brought her to safety. The woman was pregnant, the baby was born healthy. Not a word, a letter or a thank you was received from SAPS.

Did the woman survive?
They both survived the fall and a month or so later the baby was born.

Why did you choose to go into the police service?
After leaving school there were not many options for a young school leaver. I decided to join the police to serve my country.

You retired in June 2015 and to date have not received your pension?
After I retired, my pension papers had already been submitted, which I had to do myself, I was informed that it would take about three months until I received my pension.

What reason have been given for this?
From when I left the service, to date I have had to resubmit various forms that were outdated. On 2016-04-07 I was told my file had been sent back to Pretoria because my salary scale was incorrect after it came back from Sars.

You are obviously falling into a difficult position financially because of this situation?
Since I retired to date some of my paperwork has had to be redone every couple of months, there is one or other problem. I have a suspicion there is more to that than faulty paperwork but I don’t have any proof. Financially I am in trouble and when I receive my pension there is a lot of money I have to pay out. My car payment is also now behind as the person that has helped me cannot do so any more.

Do you think there are a lot of others in your situation?
There is one other person I have lost contact with and spoken with on Facebook who also went into retirement the same time as I did and who has also not yet received any money. That is just one I know of.

It must be so disheartening to work for 41 years and be in this situation?
It is very difficult to explain what it feels like knowing you have money and you have not got it. It is also very humiliating to look into someone eyes asking for money after being independent for 41 years of my life. They are actually forcing a person to do something irresponsible which would result in one sitting with a criminal record, to fight for what is rightfully yours.