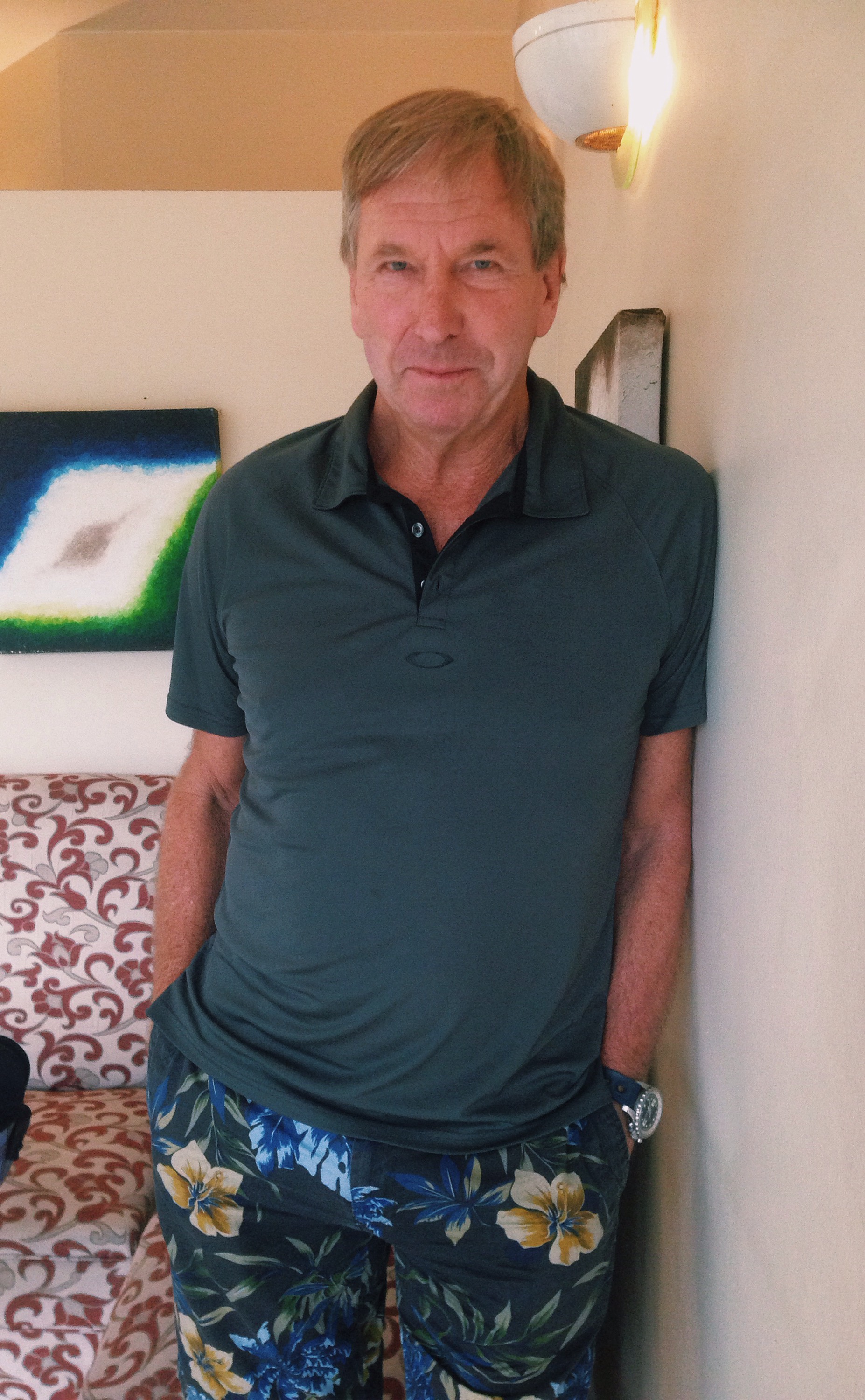 Freedom of the press is a key element of democracy, it seems as though our press is not restricted. Do you see any threat?
Well, Carte Blanche has been in an interesting space because we came on the air in 1988 and one could say that the ruling party was on its last legs so they weren’t too keen on clamping down on the media and then, of course, we had the rise of a new democracy. They certainly couldn’t be seen to be clamping down on the free press. So we have just had an amazing ride as Carte Blanche. There are signs that it could be restricted and there are laws which are being mooted. The ramifications could be quite serious. But I think in terms of the rest of Africa, it is just beyond belief. I mean we have so much freedom compared to virtually any other country, especially those further north. It is amazing to have this freedom.

So you don’t see any future threat?
Look there are always future threats. That is the nature of life. If you look at what is happening with ISIS and you look what America and the UK are doing about it. They are talking about more surveillance, invading websites, invading people’s cell phone accounts, invading Twitter and Facebook accounts. So when you talk about freedom wow there are many different sorts. With Political freedom in this country, there will be more and more restrictions because there are some things that our ruling party don’t like being talked about. But around the world, I think there are more restrictions coming to play. Mainly because of the threat of terror.

Carte Blanche has been an important element of South Africa journalism since 1988. I was telling you, I grew up watching Carte Blanche. I know you have been asked this question a few times. You have done so many big stories, which one really stands out for you?
Stories that stand out, I would hate to be awkward about answers but one has to say, stand out in which way? Because some are fun, some are great journalism, others make a big difference. In terms of fun. I would say diving with whale sharks, diving with sharks, diving with dolphins, diving for treasure. Standing at Mount Everest base camp when there was not a soul there because the season had closed. Being on board an aircraft carrier during the Gulf War with planes thumping down on the deck. Going to Elon Musk’s rocket factory, when he was just building the rockets, which are now going to the ISS (International Space Station). Going to NASA and Lockheed Martin to see how they build the spaceships there. Going to watch Shuttleworth shuttle off into space in Kazakhstan. Playing on the things that the cosmonauts train on before they go into space. Those are the fun things.

In terms of Journalism, it is more political issues. Catching people through fraud in business. Those are the stories that make a difference locally but of course, we have our own ‘Making a difference campaign’ which has raised more than a hundred million rand and probably double that in terms of donations and reductions in equipment costs.

Your daughter Kirsty is also making a difference with her charity called Kids Helping Kids…
Kirsty, as you know, went through a very difficult time, we all did as a family. She had a brain tumour, she was treated with chemo and radiation. Through that experience, she wanted to help other kids. It started in a very small way, she wanted to just buy a TV and some extra toys for the kids at the Donald Gordon. It grew from that through Gavin Varejes, he is a friend of ours. He is from Richmark Holdings. He said we should form a charity, so we started a charity and through that, we have raised a lot of money over the years. The biggest most recent project was building a paediatric, psychiatric ward at Baragwanath Hospital which we have just finished towards the end of last year. My wife does a lot of that work and Kirsty, of course, does help when she is available, but yes it has worked out very well.

Have you always felt that your purpose is to educate and inform?
Truthfully I don’t think so. I think when I was a little bit younger I thought my duty and calling was to lie on beaches, catch waves and party. I only started journalism in my mid-twenties. From that day on, I feel that I haven’t ever worked a day because I love it so much. Whether it is writing or electronic media with radio and TV, I have loved it ever since. So I don’t think it was a calling to educate. I think I am naturally curious and want to know how things work and do want to make a difference. I have got an inane thing about justice. I am neurotic about things being fair.

You have got an inane thing about justice, please explain further?
I feel that there are so many people in our country who are leading desperate lives. Who haven’t had the opportunity of a sound education or skills training? Who are working long hours at tedious jobs to earn a pittance that doesn’t even feed or clothe a family. We then do stories about billions being squandered by state officials. They are not just taking money out of public coffers, but effectively robbing our people of opportunities to grow, develop and live with dignity. It is difficult to combat crime if we don’t give our people something to live for.

Carte Blanche has been a leader for so many reasons. In a previous interview, you mentioned that one of the reasons that you chose to stay with Carte Blanche for so long is that they have always evolved and changed. You guys have already branched out, as in you now have Consumer and Medical, what is next?
Consumer and medical were fantastic and then what happened next were the Carte Blanche court cases, the Oscar and Dewani trials. So what is next, maybe more court cases but I think what we found through doing the other shows is that we mustn’t neglect our core. Which is our Sunday viewership. We have a very devoted and enthusiastic viewership. It is still the top-rated program on M-Net. So we don’t want to go into areas that would dilute that quality and influence. I don’t think huge changes, at the moment people expect the programs we are putting out now. What I mean by that is, that at times we have thought we should say, be more light-hearted and entertaining, and we stopped doing the real hardcore investigations. People come back to us and asked if we were getting soft. They want to see people being bust, they want to see the confrontations. They want to see us, you know getting hit over the head. They want to see the baddies being caught, which is what we call it. I think in that mix there is still room for great science stories, sporting stories, entertainment stories. I think that is what we have been doing this year is just getting a bit more variety into it.

Are there any stories that you regret doing?
Yes, I am sure there have been a few along the way, ones that I absolutely regret. One story that really upset me was going to the stronghold of conservatism, I went with a producer who actually was meant to do a sort of two-handed approach on the whole little village out there. But in the end, I didn’t think it was balanced. I think there was an agenda to show those people living there in a better light than they are.

I am going to throw words at you. Answer with a word or a sentence, however, you choose.

The internet and social media have made it easy for anyone to be able to spread information. We have seen this from bloggers all over the world. What impact will this have on journalism?
Everybody with a cell phone and a camera is a journalist these days. If you are on Twitter, Instagram, Facebook… you are effectively a reporter. If you run a blog you are increasing your range.  The problem is making a living out of a blog or a website. There are just thousands of them and even the newspapers are battling to convert to the electronic medium and make a profit out of the internet. It also means that more and more news media and broadcasters are using information from social media as well as pictures and video from cell phones. It does mean that just about every event or incident is covered but there has to be a strong filter and the authenticity of this glut of information has to be evaluated on an ongoing basis.

You have embraced social media, you seem to be loving Twitter…
My wife says I am addicted to twitter. I don’t think I am quite that bad. But I do love being able to communicate with followers so instantaneously as well as follow sport and news from the world’s best agencies by the second. When I signed on in 2010, M-Net was very wary of this newfangled cell phone communication. Now we are expected to Tweet about Carte Blanche stories and respond to viewers while the show is on air. I think it is a fantastic way of feeling the mood of our viewers and getting their varying responses to our broadcast, and they do variety very widely, to put it mildly.

When I asked my friend Asher what he would ask you, he was curious to know what music you currently have on your iPod?
I don’t own one. I have the latest music on my Blackberry passport and basically, live on a diet of 5fm. My only complaint is that they do push some heavy rap music, which is obviously not the first choice of most young people or it would feature higher on their own top 40 by Hyundai. Saying that some of the rap can be fun, where would we be without Nicki Minaj’s My Anaconda. Otherwise, I like everything from Sam Smith to Ed Sheeran to Jeremy Loops to Avicii. Mi Casa to Clean Bandit to Desmond & The Tutus. Well anything except Nickelback, I am one of the original haters. I have also gone off Jessie J slightly. She started out so modestly after health problems but she seems to be the new Rihanna, churning out hits with a common theme and very commercial feel.

If you were interviewing yourself what would you ask yourself?
What would I ask myself? Derek, why have you been in the same job for twenty-six years? I don’t know the answer. Except that I am absorbed by every assignment. I love working with such a professional and passionate team and I am humbled by the involvement of our devoted viewers. 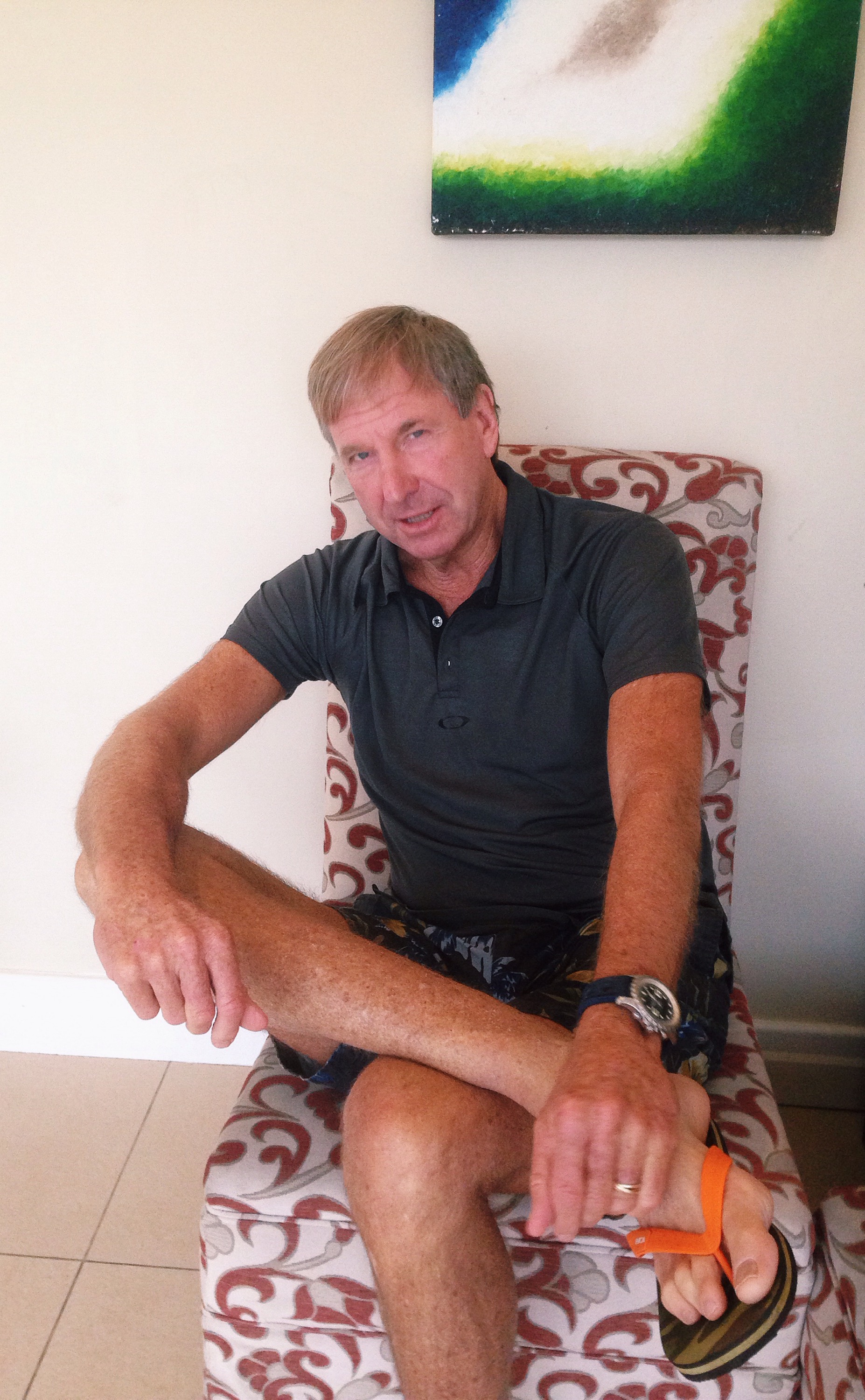 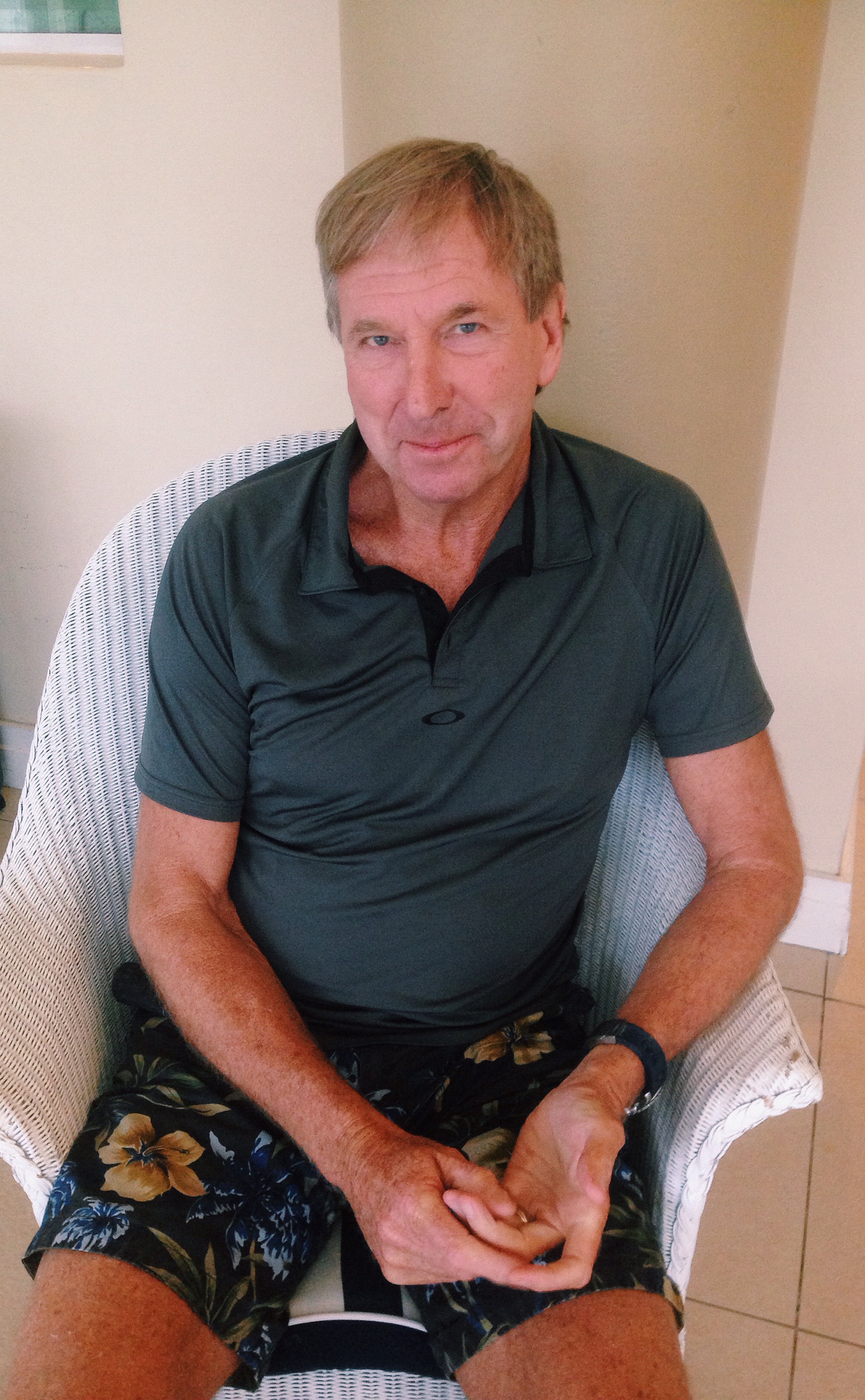