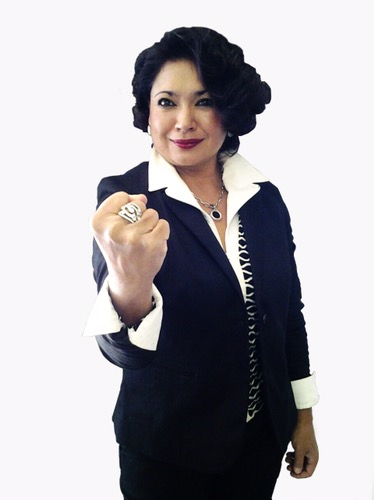 I am light, I am an embodiment of unconditional love and supreme grace. I am a Goddess who has trudged through her murky, muddy war trenches of self-violation and violent violation. I fought, I died, I lived.

I stood naked in my truth, violated in my vulnerability but continued to fight the darkness, my darkness, valiantly until there was nothing left to fight. I had made an early conscious choice to be huger than a life event, it influenced me and bulldozed and demolished my soul for a long while but it could never determine who I would become. I chose not to let the beastly brutality of a rape at the age of fifteen damage my dreams.

He beat and bashed my head repeatedly against the cold, hard toilet tiles. I screamed the pain was excruciating, my skull in which my sanity sat was cracking, was breaking…I was breaking.

He choked me to silence my screams while bashing and beating me. I screamed silently as I anticipated the inhumane slaughtering of my child-like, lamb-like innocence. He reduced me to a choked piece of bruised and battered pleading bodily pulp, reducing my resistance to “prepare” me to being repeatedly stabbed, internally stabbed with a jagged, sharpened, blunted knife all the same.

I smelled my blood, tasted my blood, swallowed my blood, I drowned in my blood. My sacred femininity had been forever murdered, stolen, torn apart. I could no longer see, my eyes were punched shut. He had blinded the windows to my soul so that it could not reflect the untainted innocence of a fifteen-year-old, pleading child. so he would not be able to see his beastly reflection in my child-like eyes. My body no longer felt the pain, the torture had now tired me and I resigned myself to letting go…I was losing consciousness and walking towards the Light, the beautiful, bright, captivating light…I crossed over with just one foot, I touched the other side. It felt good, perfect peace overcame me, I was exhaling…And then I was pulled back, I opened my closed eyes and saw a huge Angel standing over me, I reached out to touch its wing…I regained my strength, negotiated and fought for my Life.

I was mistaken for a victim of a train accident at the police station; they thought a train had ridden over my face. I was heavily sedated and when I awoke 48 hours later, everything was dark, I could not see, I was blinded, he had blinded me in so, so many innumerable ways. I forced my eyes open, I needed to see me, and I need to know what I looked like. I became an observer, nauseated to my core at what I saw.  I would re-play my nightmare over and over and over again in my mind. Recurrent nightmares never asked for my permission, neither did fear, neither did a justice system that let him out on R500.00 bail. He who raped my body and my soul did not ask for my permission.

How did I cope? I denied, I repressed, I detached, I buried, I disguised, I deflected my feelings. It was too sore, too raw, and too painful to feel. To feel the feelings I would have had to face the feelings. My fifteen-year-old brain and heart had no idea what to do with them. I started to dig the grave in which I would bury that which my heart and soul could not contain. It was this grave that I would quietly visit and kneel at and cry and ask God… “Why Me?”  All I felt was emptiness, the gift of being a carefree teenager was stolen from me before I even got to understand the fullness of the gifting.

I became a better version of an already conscientious student, my academic symbols now were the only symbol of my self-worth. I was raped and I had lost my personal worth. I did not get to decide this, the level and depth of soul demolition decides it for you. Exactly one year later I experienced full-blown Post Traumatic Stress Disorder. I attended therapy once a week for a year. Each time she said: “I understand what you must be feeling Lynn” I wanted to shout and scream that nobody will ever understand unless they have been through exactly the same level of violation and brutality.

It was in those moments that at the very tender age of seventeen, I vowed to become a psychologist counsellor/healer who would own empathy at its deepest soul level because every human who has ever experienced such pain deserves the deepest level of understanding. I knew then that my levels of self-disclosure one day would always be the foundation upon which people would be healed. I wanted others to know that I truly understood because I fully understood because I had been there, I live that vision now.

At seventeen, I still feared public toilets. I still feared my own toilet being locked in my own house. I feared being raped again. I feared I would bump into the rapist who lived in my community and was out on R500.00 bail. I feared the court date because it was a respective seven and ten month window period in which he could come back to kill me or have me killed so that I would not provide evidence against him. In the deep darkness I twice contemplated suicide and yet I was experiencing suicide, society’s judgment and ignorance was my suicide too. The physical rape and abuse was the first rape. Your soul gets raped repeatedly thereafter… You begin to wonder which is really worse. I was raped in the Supreme Courtroom when my truth was interrogated and I was asked to defend why I “had thought all of this up for purposes of seeking attention?” I was raped harder when the Justice System failed me and granted him a sentence of only ten years, one which he never fully served as he was out early because of “good behaviour” After I was raped I was seen as “damaged goods” and not the virginal soul whom I still was. I was this beyond a hymen that had been tortuously torn, not even voluntarily broken. My deepest hurt and my deepest anger was when someone who once held a significant presence in my life in anger told me: “The rapist should have finished you”. That was the last moment of demolition, despite how many of my dreams had not been demolished by then. I now chose to rise to another level of victory commensurate with the deepened level of the deepest pain.

I coped by becoming a professional success and proud parent. I kept busy. I counseled and inspired others to recognize the value of their own healing and restoration. I was the highest , purest version of the wounded healer. Thirty-four years later, I decided to start digging up the grave in which the buried memories had been protected, sacredly protected but never lamented, neither forgotten. I wrote a poem called:” The rape” It was written with a sensory acuity and vividness as If I had been raped just a week ago. I was courageous enough now to feel my truth, face my truth as well as the rest of my fears that withheld me from standing in the full divinity of my whole truth. I was asked to be part of a prison project at Polsmoor Prison, this would inevitably have me in a space of rehabilitated rapists. I was ready. It never happened but my willingness to do so with God’s grace was God’s way of praising me and acknowledging me for just how strong I had become.