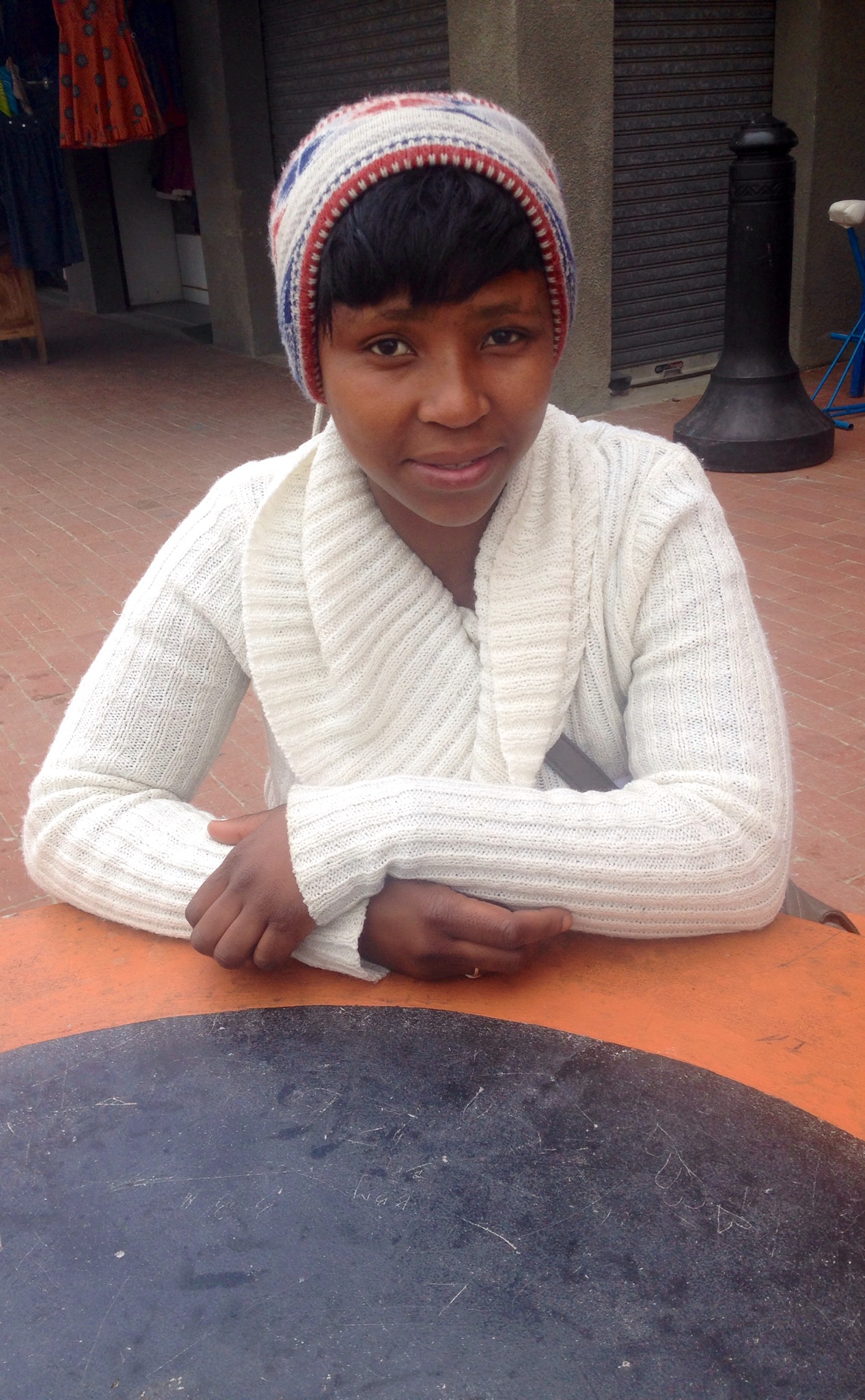 What makes your life rewarding?
It’s because I have two kids. One is ten and one is seven months.

You are from Khayelitsha. What would you like to tell people about Khayelitsha if they haven’t been?
Khayelitsha is a good place, I can say that as I live within it. We have our scandals, like crime. But this is something that is happening all over.

Tell me about the community?
I think we have changed ever since the democracy now people have places to go to, like business places. Some of our kids are more into sports, acting and dance.

Do you remember Khayelitsha pre-1994, you were young?
A little.

What do you remember?
Toyi-toyi every day. Waking up every night running from the fire. My father told me that they used to build houses at night and in the day the police would destroy them. That was in 1984.

It’s better now we have houses, stadiums and community halls.

What will it take for our country to work together and for everyone to get over their anger?
It will take individuals to think like Tutu Madiba. I saw him from a distance in Khayelitsha stadium that was in 1995. I was dancing there.