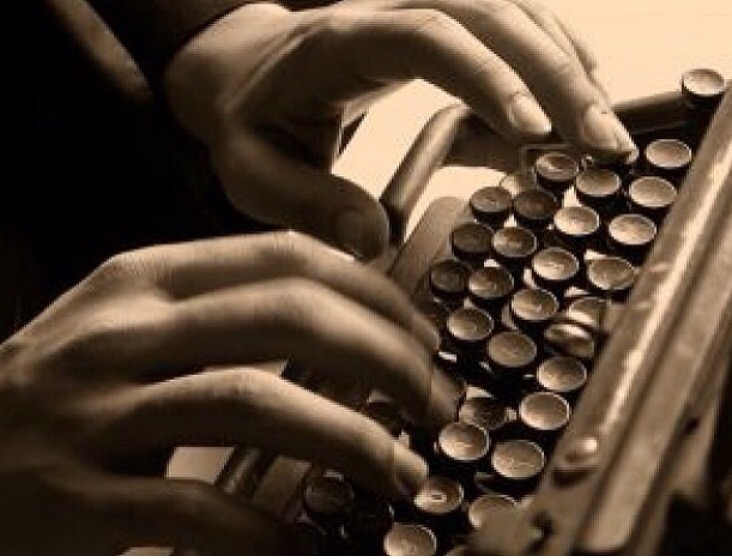 As a child, I always remember my grandfather having a book with him. It didn’t matter what time of day it was; morning, afternoon, night; or where he was; a restaurant, a public bathroom, a funeral. He almost always had a book with him. The thing I found most strange was that he didn’t write. But that is okay; he was a reader. You don’t have to be a writer to be a reader. But you do have to be a reader if you want to write; “reading is the creative centre of a writer’s life” (King, 2000: 167), it is the proverbial ventilator that keeps a writer writing. And it is something that I was lucky enough to have adopted from a young age.

In Stephen King’s first foreword On Writing, he writes, “we do it for the music” (King, 2000: x). Ever since reading this line for the first time I always felt that he was talking about writing. Yes, he was talking about music but he was really talking about writing. He, Hemingway, Fitzgerald, Karouac, they did it for the writing. And so do I. But before I open up the recesses of my mind for your academic pleasure, I think I ought to tell you that I do it with absolute contempt; it is not my job as a writer to explain the nuts and bolts of my story or give an account of how I came to it. In fact, I find it incredibly presumptuous to think that I or any other writer for that matter has something to say other than the words that have been left on the page. In my very humble opinion, stories are to be read or put aside. They are as Donovan Leitch’s song says it is, “first there is a mountain, then there is no mountain, then there is” (King, 2000: 63).

First things first, I want to be as clear as I can be on this, I have no “Idea Dump, no Story Central, no Island of the Buried Bestsellers” (King, 2000: 29). I don’t know where I get my ideas. It is as if they exist in a void that I am only able to tap into by way of telepathy. And the way that works is; “two previously unrelated ideas come together and make something new under the sun,” like a prisoner on death row and an article I read years earlier about people’s morbid fascination with death or a man of faith who believes he carries the word of God and a true story of two maneless lions killing villagers (King, 2000: 29). The truth is it is a gift to be able to recognize when it happens; like watching two independent atoms come together in world of complete randomness to create… well, life. I can’t control it. And I’d be surprised if anyone could.

They say writing is a lonely job; you shut yourself away from the world as you know it, literally closing the door behind you, and praying that you don’t have to pull out that bottle of Jameson stashed away in the back of your bottom drawer. It’s no wonder why “the idea that creative endeavour and mind-altering substances are entwined is one of the great pop-intellectual myths of our time” (King, 2000: 109). To be honest, I have never found myself in that position – being lonely, but rather alone. And it is a space that I relish being in; it is warm, it is quiet, and I am writing.

I have always found the scariest moment of writing is that moment just before you sit down at your desk, hot coffee on a coaster so not to mark your dream desk made of thick oak that allows for the light above your head to gleam off of it, and a box of cigarettes, not yet opened, waiting to be puffed away. But when you sit down, you realize that the coffee is cold, in fact, there is no coffee, your dream desk actually sits in a webbed out corner and no matter how many times you tear down the spider webs, that corner is like the Elysian Fields for spiders, and the cigarettes, well, there is one left. So you light it up and wait for “that seminal spurt of feeling” to kick in (King, 2000: 63). But what if it doesn’t, you wonder. If it doesn’t… you grind your knuckles against a curb until the flesh has been torn from bone and punch the keys anyway; you write. – Kljeh gnlsnfl nflksdhlk sdnflks sdnfl.

That is the only way forward, to write.

Writing, however, is only part of the writing process. The other part is rewriting. After completing the first draft I always put it away in the top drawer of my desk for a few days hoping that those spiders from the Elysian Fields make it their new home. In the interim I do my best to forget about what I’ve written about; I eat, sleep, read. It is incredibly important for me to create as much distance between the work and myself if I am to edit it. John Gould said, “when you write a story, you’re telling yourself the story… when you rewrite, your main job is taking out all the things that are not the story” (King, 2000: 56). Not the story? Well, okay then. The first thing I do when I go back to rewrite is slick down a post-it across my computer screen reiterating Gould’s words. –

Then, with a red pen in hand, I scrutinize one word at a time like they are red wires, blue wires, and green wires. I do this until I am ready for it to belong “to anyone who wants to read it” (King, 2000: 56).