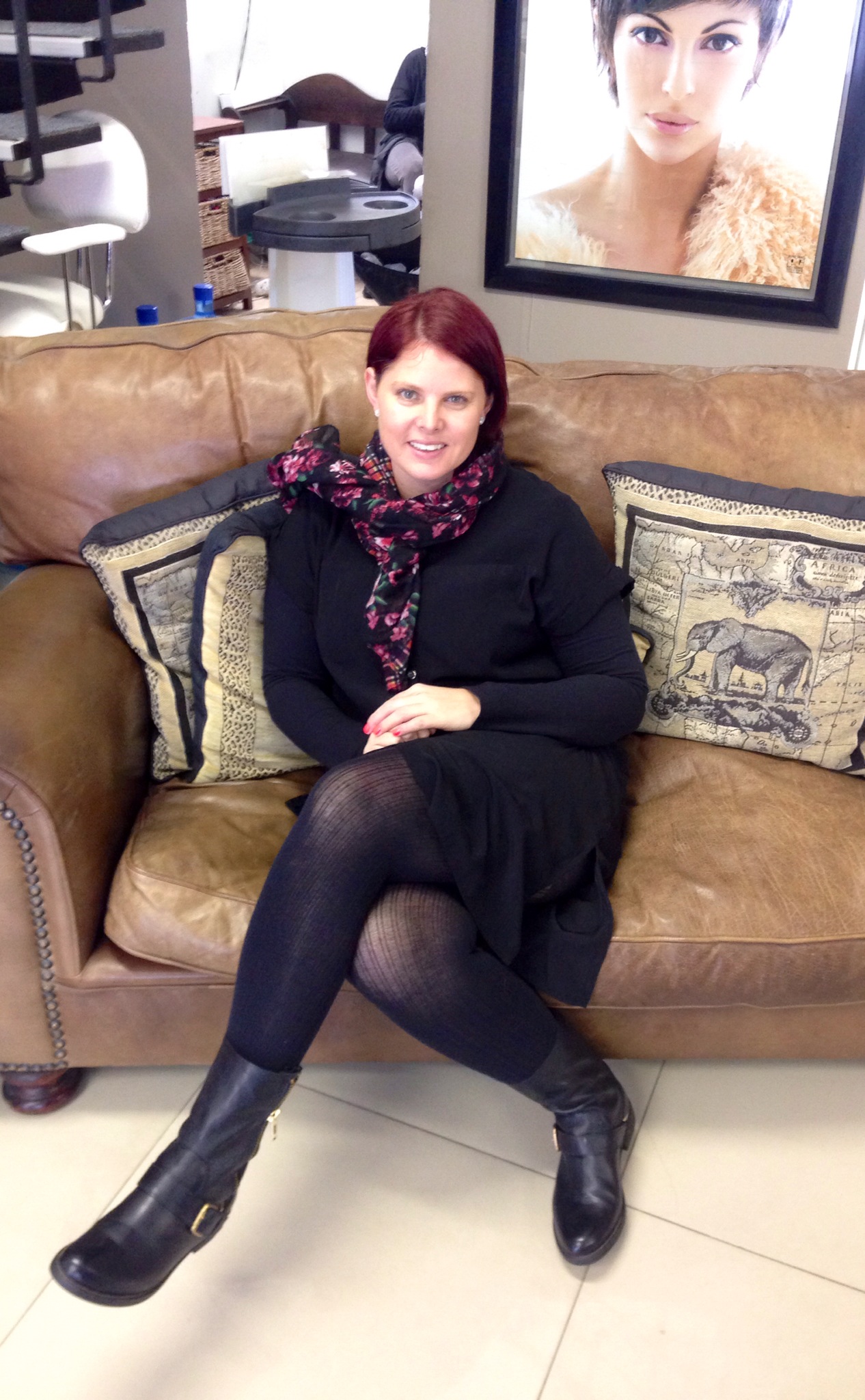 I don’t have a story.

Are you married?
For seven years.

How did you meet?
That is the story. This place called the ‘De Deke’ it’s an old lang (long) arm place, they don’t make it like that anymore. He came around and saw us standing by a speaker. He took one of the girls that was standing with us for a dance first, that I remember. I was very angry with him, I thought he was coming to ask me.

When he was finished dancing with her, he came to me. He was pap bang (totally scared) to ask me to dance. We danced one dance and he took my telephone number. I didn’t hear from him for a week.

I was living in a hostel at the time. He kept asking for a Karleen. She kept going to the phone. She couldn’t understand why this dude kept saying he met her at this club. After about seven calls he stopped calling. We finally put two and two together and realized he was pronouncing my name wrong.

The next week we went back to the club and I saw him on the other side of the dance floor. I made as if I didn’t know him. After an hour or two, he came up to me on the dance floor with a rose behind his back. He said he was trying to get hold of me. He was asking for Karleen. I said I am Colleen. From then on we have been together. Sixteen years later.

What keeps relationships strong and happy?
Listening to what each other says. Have fights or you will never solve the problem. We now more in love than we were then. We were friends when we started dating. If it’s love, in the beginning, I don’t think it works. Friendship is important. Be honest and true to each other.