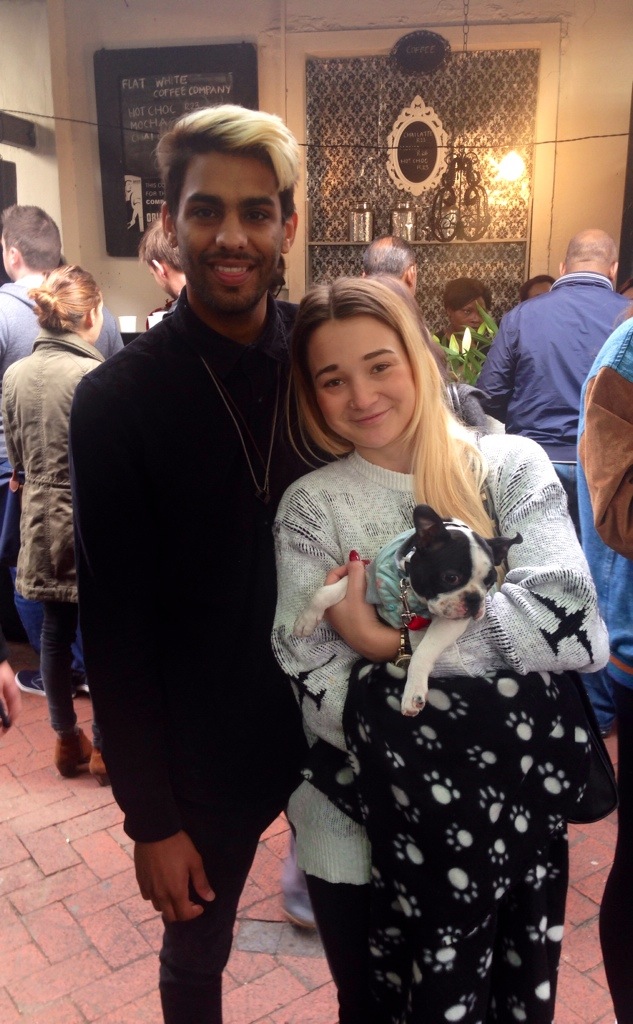 We went through quite a process with the dog before him. We got scammed 10k. The guy on Gumtree was very convincing he sent us photos of the puppy and the puppies parents. He asked us for photos when we have the puppy, to make sure he is in a good home. It gave us a good feeling that he wanted to be sure that the puppies went to good homes. The puppies didn’t exist.

When we continued to look for a puppy we were sceptical about investing in another puppy because of our previous experience. We met this woman on Gumtree. She was amazing, she was willing to drop off the puppy, put him on a plane and let us pay when we got him.

Is he a bit sick?
He is stressed, he was the last puppy left, so he had the longest relationship with his mother. He has to get used to his new environment and trust us. It’s all worth it. It’s been quite a few trips to the vet and breaking the bank.

For us, it represents settling down and taking on that responsibility. It’s like having a kid.

Has it brought you guys closer?
Definitely.

Was there a pot plant first, normally it’s a pot plant than a dog than a kid?
I actually bought pot plants at the same time as him.