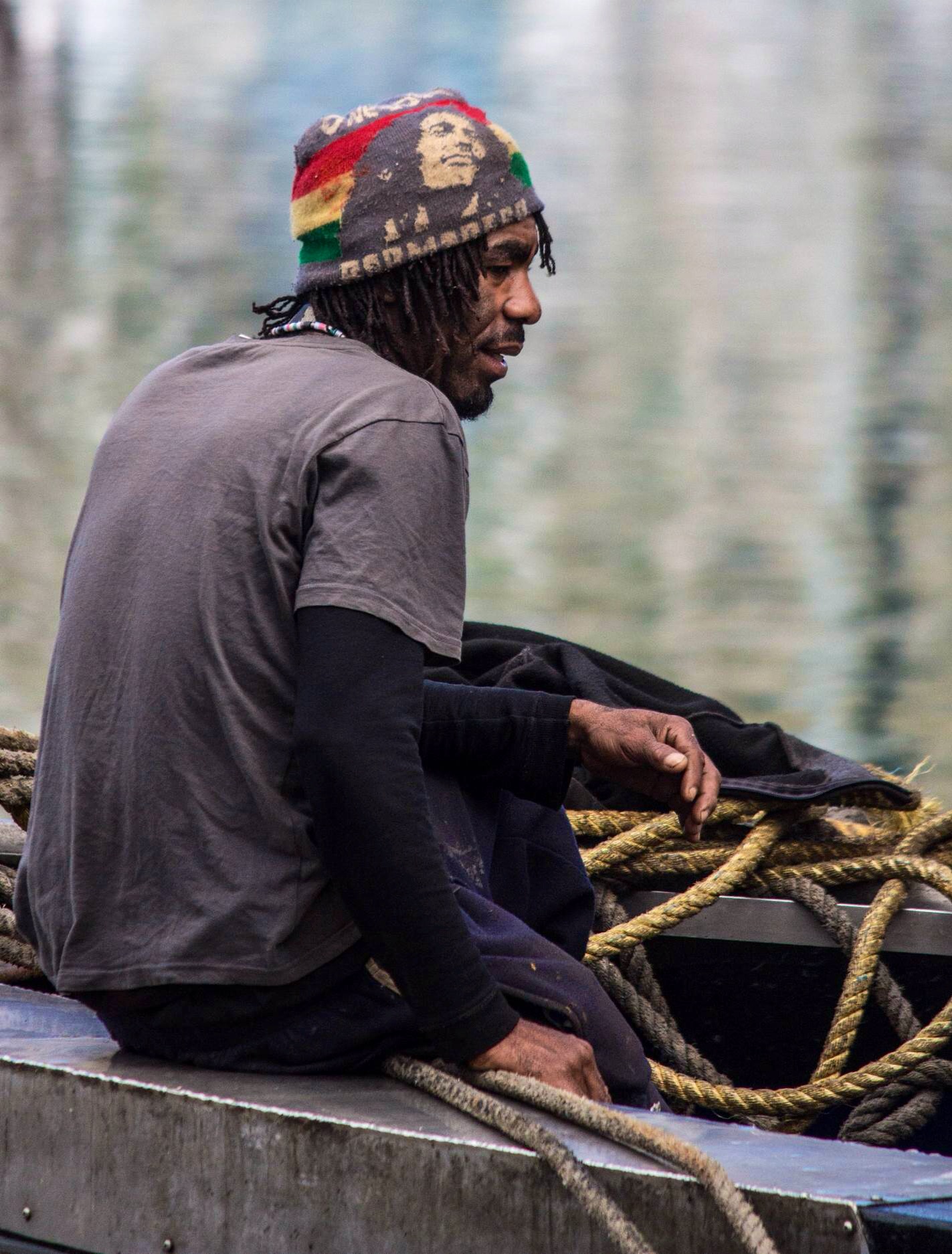 It was overcast and grey. The harbour boats were all tied up and ready for the coming cold front.
I chatted to Stephanis who eyed me warily. Tourists come and tourists go. When I spoke to him directly I could see the mistrust in his eyes. I let him talk, with long thoughtful pauses between sentences. He told me about his family and about living on the ocean, it is all he knows. He told me how his wife had to get used to the idea that the ocean is his other wife, his whore. He pays the toll in sweat, tears and sometimes blood. She gives him his livelihood and pleasure. I asked him when is he really happy. My thoughts going to when he is safe in his warm home with his comforting wife. He stopped coiling the rope and his eyes went out of focus. I could hear the caws of the seagulls and with barely a whisper he said,
“When I am at sea, and there is no land”.