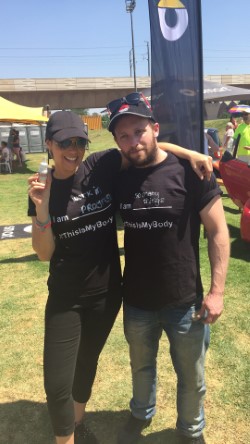 You guys started a campaign called “This is my Body” what are you up to?
Sean – The campaign was started to raise awareness around the idea of what it means to celebrate our differences. It was also started to raise awareness about a project we are working on, a film I am writing and directing entitled “(S)he“.
Shannon – We are currently in the process of making a very important short film, which deals with accepting and loving yourself, as you are. The story centres around an intersex teenager whose body is a naturally occurring anomaly, which she has to either accept and love or not. I don’t want to give away the story!

As storytellers, the intersex vehicle makes for a powerful point, but ultimately, every single one of us (regardless of any condition) at some point in our lives has experienced a feeling of not being good enough, pretty enough or strong enough.

Your page bio says “The world is a jaded place, where beauty is king, perfection is queen, and everything and anything that is different is either marginalized, misrepresented, outcast, or simply denied. We want everyone to be seen, to be heard, and we want everyone to belong… here! To me, this means that you want to ensure the comfort of every individual in their own bodies and raise awareness of our levels of tolerance and acceptance?

Sean – Absolutely. In, what I like to call the ‘big bad world’, I think a lot of people are judged and consequently ostracized because they don’t strictly fit into a particular set of norms. To be frank, I think it’s bullshit! I think it’s time we begin to reflect and question why we feel that way and how we can shift that perception to one of tolerance and acceptance.

Shannon – We live in a world where we are indoctrinated to be “perfect” and it’s ridiculous. The focus should be on loving and accepting ourselves; not persecuting ourselves for when we don’t fit into the “perfect mould” the world tells us that we should.

What is your aim, what do you wish to achieve?

Sean – The aim of the campaign is to make the film, (S)he. I have an incredibly talented cast and crew working with me to bring this very powerful story to life. Behind the camera, Shannon Esra who is my rock star producer. Thomas Pretorious as my DOP.  Taryn Baldwin as my 1st AD. In front of the camera, I have Shannon Esra, Deon Coetzee, Mary-Anne Barlow, Janet Baylis, Megan Rigby, Michela Nordmann, Rethabile Ramapulane, Niyam Harribhai.

It is a coming-of-age drama about an intersex teenager who is ostracised from her swimming team and must rise up against the prejudice from one of her teammates. If I can make just one person think differently about the world than they did before I’ve done my job.

Shannon – More than anything, I hope we can create an emotional and social awareness that each one of us, regardless of sex, race, gender, size, intellect…is good enough. People are unique, and that needs to be celebrated and cherished. We need to start teaching each other and ourselves to love, to be kind, to be generous, to embrace who we are and be proud of that.

The future of your campaign?
Sean – The future of the campaign…that it continues to change peoples lives for the better in whatever shape or form. But the idea is we do it together…
Shannon – The future would be so much brighter if we all felt and believed that we are enough, as we are. 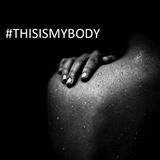