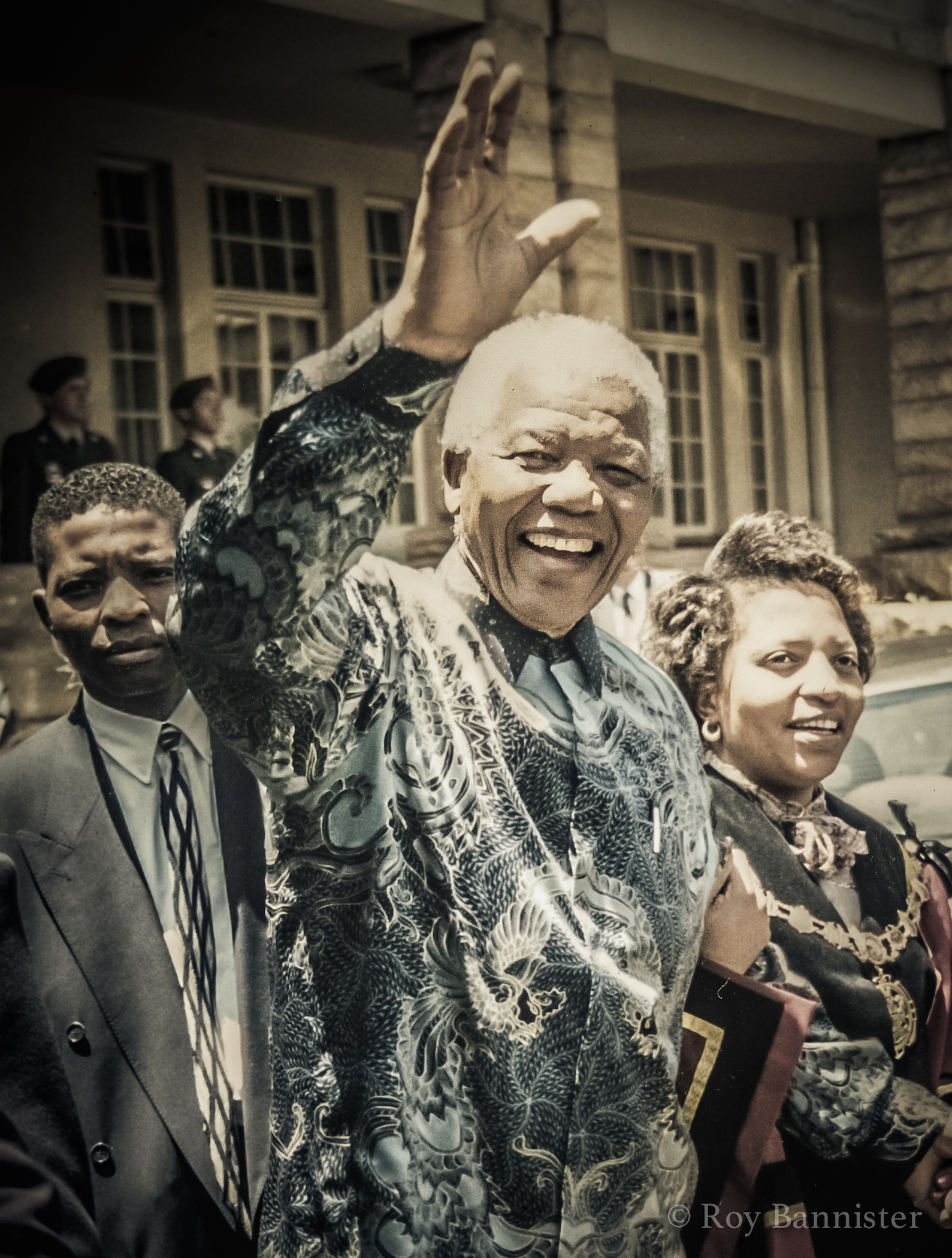 A man whose spirit encapsulates all that is great about South Africa. I shot these images of Madiba in the 90’s during a tour to a township on the East Rand that that had been simmering with violence and tension. Residents had become accustomed to everyday violence and the drudgery of miserable lives, lashing out at any form of authority. When Madiba entered the township, the residents were extremely angry and kept jeering. With only a few gestures, a calm placating motion of his hands, the mood of the crowd turned from one of raw anger to one of peaceful protest. Once the crowd had been calmed, Mandela spoke and addressed their issues in a calmly hypnotizing manner. It was amazing to see the effect Madiba had on the crowd, defusing a volatile situation with his sheer presence.