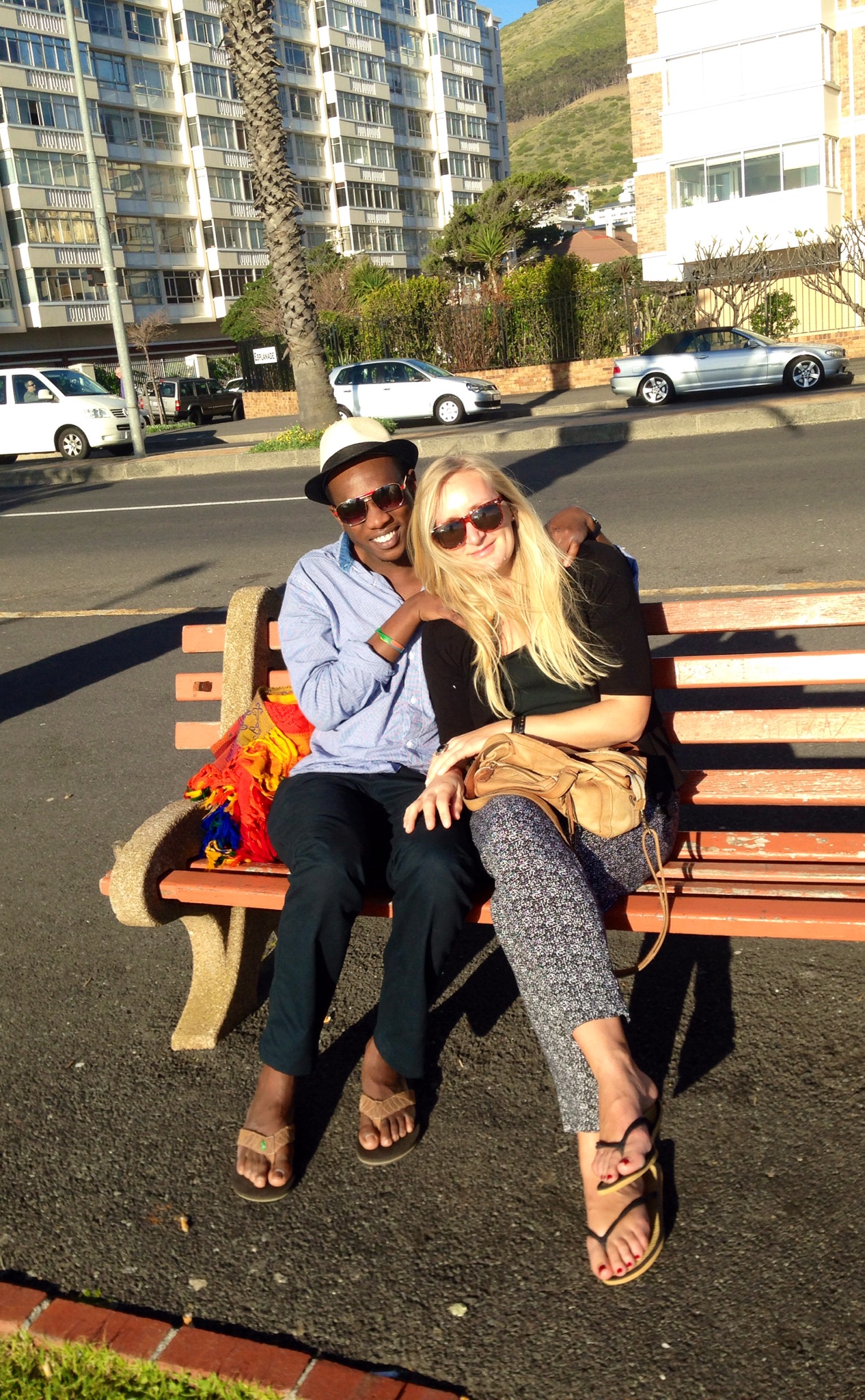 Who approached who?
Miriam – He wanted to have my number. It was at my old place, it was a normal braai with a lot of people. He was asking for my number a little too quick.
Tatenda – She is lying.
Miriam – We were the last people at the braai, talking until the morning.
Tatenda – Until she threw me out. Monday we had our first date.
Miriam – No, a week later.
Tatenda – Was it a week?
Miriam -The story was that he didn’t tell me his real age at the beginning.

Did you age yourself (Tatenda), by how many years?
Miriam – He said he was 26. I said that if he was younger I wouldn’t go out with you. I found out at his birthday. I thought he was turning 27, he was actually turning 22, it was too late, I was in love.