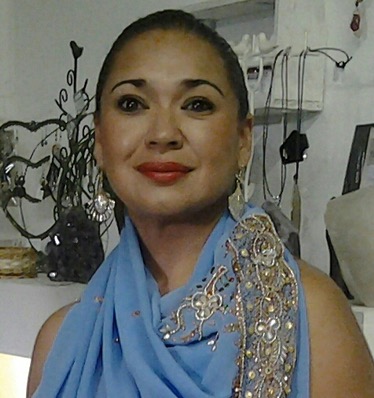 We don’t need to work through it all at once, we are meant to process our feelings at our own pace and while the depth of the pain was too much to process for many years, I had made some significant choices and come to significant realizations while I continued to process the pain, I still chose to exercise my power.

I recognized at the age of sixteen and seventeen that my reason for living had to be far greater and significant than the reason for my nearly dying. I found my life purpose in the pain. While the sentence handed out to him was not fair, it had to have brought him to a point of recognizing that every action and behaviour has a consequence. He would also have needed to face the fact that he was a serial rapist with anger issues. I may have saved other innocent lambkins in my church and elsewhere from being brutalized by the same individual. Rapists and murderers and molesters can also be churchgoers. Through this experience, my level of empathy deepened, as did my understanding of the fragility of the human soul. It directed me towards studying Psychology and ultimately following my passion of inspiring, restoring and building human beings to become the very best versions of who they were born to be.

While I could not control what happened to me, I could control how it would affect the rest of my life. He had damaged my body, mind and soul but he could not damage my dreams. If I allowed him to damage my dreams and my destiny, I would have allowed him lifelong power over me. That would be my Life Sentence, my ultimate execution.

I chose where I wanted my focus to be. I knew I was experiencing pain, too much to face and deal with, but I never waited for the pain or the fear to totally disappear before I resumed focussing on my dreams and moving forward. It is what we choose to do despite the fear and the pain, rather than what we think we cannot do because of the fear and the pain that determines where we eventually find ourselves.

Where I would focus my attention was very important as I could not change my past, why would I choose to focus on something I could not change or focus on something that would not move me in the direction of my God-given Destiny. Yes, the memories on some days still found their way to my heart and soul because it could no longer find its way to my mind. I protected my mind, my sanity. Mentally I became more sharp, saner, I focussed on being powerful, rather than pitiful. Focus is the tool that allows us to choose how temporary or permanent any thought, feeling or action is in our lives as well as the value that the thought, feeling or action adds to where we would want our focus to be. We have to always know where we want our focus to take us! I knew my focus could not take me back, it had to move me forward.

Gratitude was a major contributor to where my focus could be found. While the articulation of my Divine Purpose occurred as a result of my near death experience, it was gratitude and finding the blessings in the rape that would impact the one thing that would be a differentiator in my Life: perspective! I searched for the blessings in that experience and I found it. I was so, so thankful that only one person raped me and not a gang. I was thankful that it lasted what felt like forever but only 45 minutes and not 45 hours or 45 days. I was thankful that my eyes were damaged, but I had not been blinded. I was thankful that I lived and did not die. I was thankful to those who attempted to understand my pain. I am thankful for my two gifts which God gave me despite having been told that the level of internal organ damage was of such that I would never be able to bear children. It was this level of gratitude, which would forever protect me from being a pitiful human being consumed by personal pain. I understood very early that any given moment there are those who are so much worse off than ourselves. The words: “It could have been so much worse!” provide me with a perspective which frees me rather than one which over-dramatizes what I am going temporarily going through.

Forgiveness and release freed me. My inability to forgive manifested itself physically, devouring the very bodily organs that were damaged by the rape. It was when I reread my poem about the rape that I  reached an understanding that it was never about me. I was a defenseless object for his displaced anger. He cursed others while he raped me. It was when I was able to objectify the experience and contextualize his anger that I realized he too was human, imperfect but human and I prayed that he realized the weight of his own mistakes. I prayed that he could be rehabilitated and would one day have the potential to become a functional partner and parent. A Course in Miracles teaches us that whatever we withhold from another will be withheld from us. I didn’t want goodness to be withheld from me, This was a lesson which I had extracted from Dr John Dermartini’s Breakthrough experience called the “Quantum Collapse Process” which I happened to be reading at the same time I worked through my poem. I was free… we believe we punish those who punish us when we do not forgive, but what we really do is rob ourselves of the fullness of our own power, our divinity can never be fully expressed in a state of anger and unforgiveness, neither can our brilliant human potential to become all that we were born to be explode. On my journey, forgiveness was not excusing the act; it was understanding the context in which it happened and coming to terms with the benefit of releasing the person from my system. When I blessed the one who once inhumanely brutalized me, I stepped into the next dimension of personal power and personal success. If I could release him, I could release anyone. I now live in perfect peace.