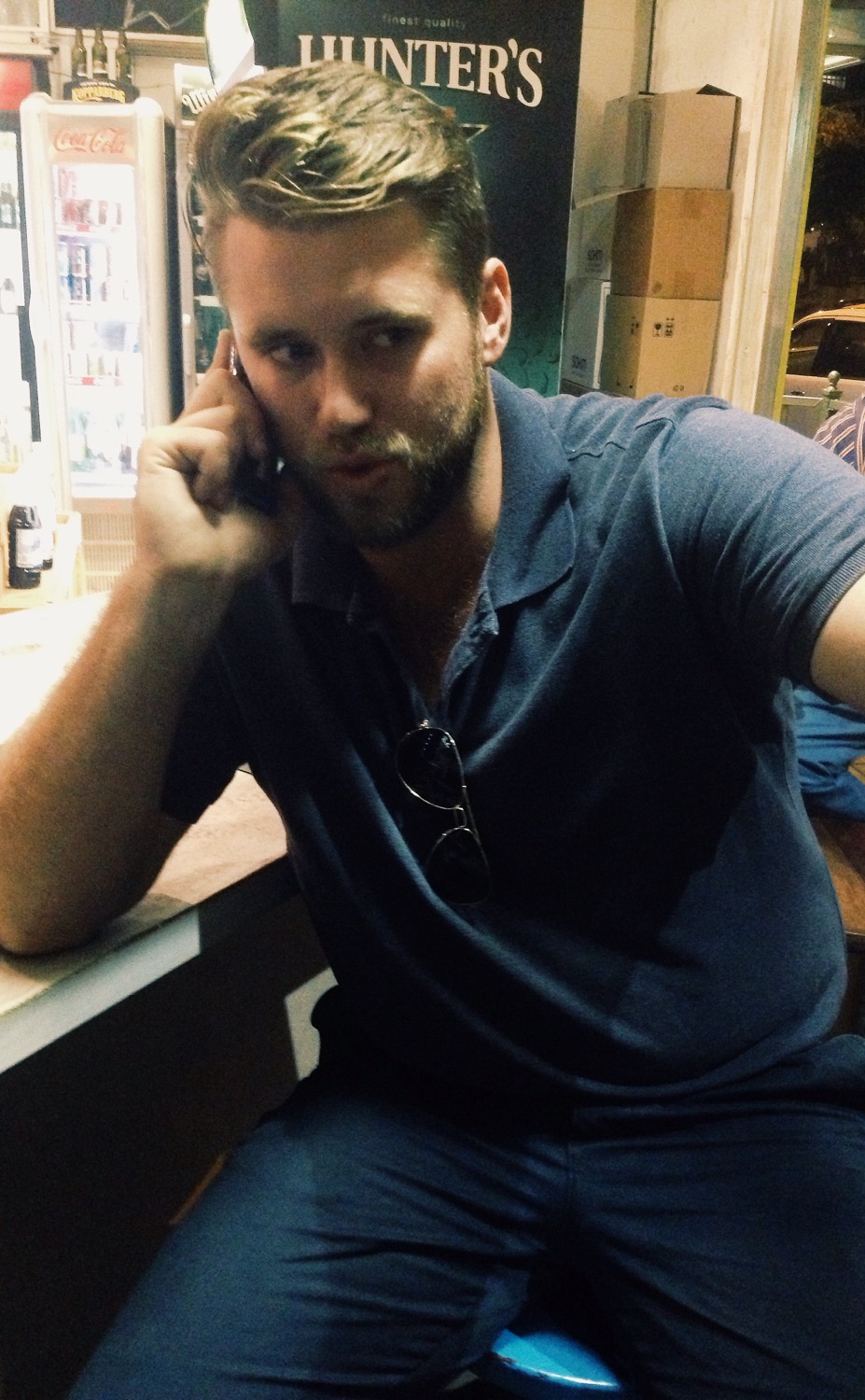 I was walking down Main road in Sea Point with a friend when I saw a guy on foot looking like he was trying to tackle down a police car. Over the next few hours, I heard Lee call number after number “I have a civic duty and responsibility to step in, I am asking for your help” he repeated constantly.

What happened Lee?
I was sitting at Mama Tembos bar/restaurant on the evening of the 19th of March. I witnessed a woman come in with approximately a one to two and a half-year-old child. She was high and drunk out of her mind. Upon calling child protective services I was told there is nothing they can do. I then called the police several times. She left the premises and I followed her to see her go into a hotel across the road. I then chased down a police car in the middle of Main road. I banged on the window and begged them to go into the hotel that the lady had entered, they agreed. After no longer than ten minutes they came out. When I spoke with them they said that there was no evidence of drugs, but that she was clearly intoxicated. They said there was nothing they could do. I asked them if they could at least give me the correct number of child protective services. They then told me that I was intoxicated and to fuck off.

I had called the police a number of times. I called a number of different lines for child protective services, each telling me they could only take children between certain ages. I then called Cape Talk who told me they could not help as it was sports hour and to call back at 9 pm.

Lee just wanted to help, his concern is for the safety of that child. We are constantly asked to help, but when we actually offer help we are taken around in circles. I was on hold for twenty minutes a few nights back when I was trying to report a bad road accident. A few weeks back I witnessed a child terrified to get into his screaming dad’s car. When he got in, he was violently attacked. The police said there was nothing they could do. I still have the image of this terrified child’s head being smashed against the steering wheel, his young body flung like a rag doll.

Now I have to ask, how are we meant to help when no one will help us help?
When I said goodbye to Lee he had tears in his eyes he was so disturbed by the fact that he is powerless to help that child. He is one of the good ones with a desire to help but all his attempts led to closed doors, hung up calls, unhelpful people and accusations of his own state of mind which resulted in verbal abuse.

How do we help when we don’t have a system that works and are constantly dealing with people who don’t care?Lee did tell a bit of his story on Cape Talk at 9 pm but was cut off when he offered to mention the names of the police officers who swore at him.