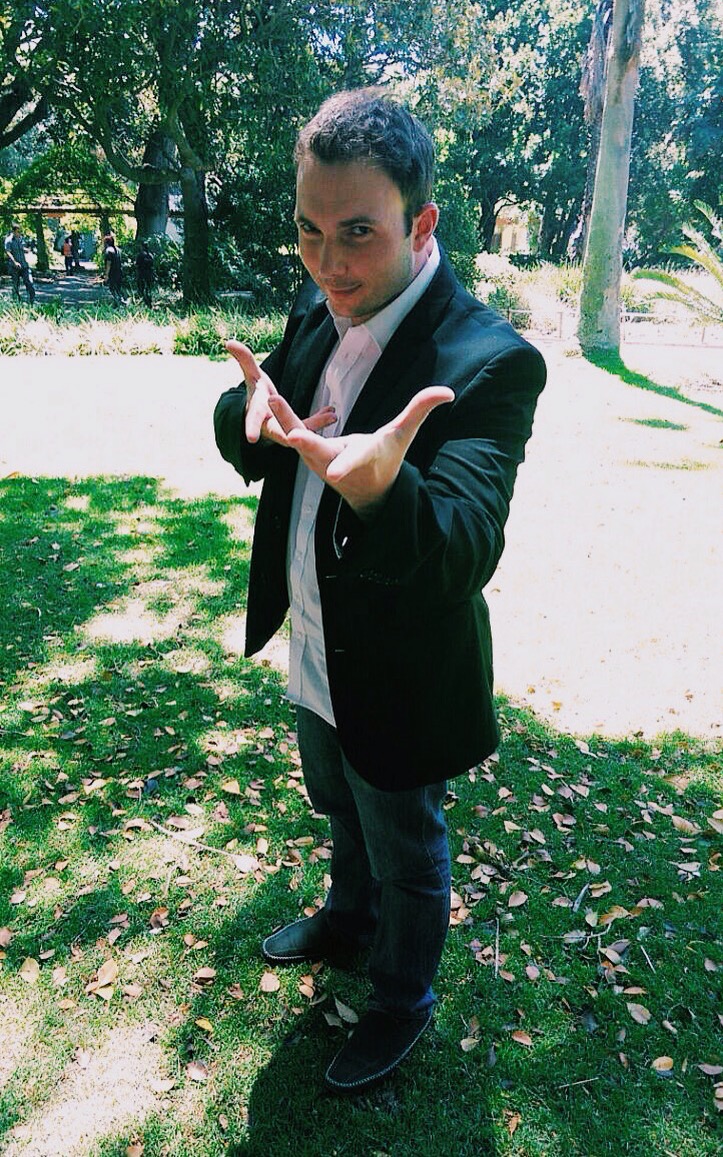 Okay Larry, when your name is added up using numerology it means magician. This information I stole from your site, so it is not my own discovery. Do you believe our lives are predetermined?
Wow.

Yes, I know I dived right in there.
No, I don’t believe our lives are predetermined. I think we make decisions. There are certainties, I can’t really call them coincidences but things that happen within synchronicity.  I think that if we are looking for something we will find it. I believe we create our own future. We have one of those boards at home that you put up on your wall which says that the best way to predict your future is to create it. That is the only way that you create your future, consciously or not, you are creating your future by your actions.

How do you explain what it is that you do?
What I do is a certain kind of magic called mentalism which is magic of the mind. It is everything that is possible with your own mental abilities if you believe in them. I am also a magician and an illusionist. So I do magic effects like sleight of hand, card effects, coin tricks and so on. I mainly do mentalism. I read minds, predict the future and bend metal. When I say I can predict the future, I can predict certain things like what you are going to think of, or I have predicted newspaper headlines. Certain things have to be in action first before I can determine what the outcome will be.  I also do illusions. I have made the Voortrekker monument in Pretoria disappear. I am working on some other massive illusions that hopefully will come to fruition this year.

Which part of what you do are people most interested in?
I think they are interested in the mental side or the spiritual aspect of what I do. When people see what they initially thought was impossible become possible they begin to look at their own lives and what they can create in their own lives. I think that is what people walk away with. I had this one guy, who said that he had seen me two years ago, come up to me after a show. Two years before I had twisted a spoon for him. He said it had changed his life. He has kept that spoon on his shelf, he told me how he looks at it daily as a reminder that there is more to life. It has kept him rehabilitated from drugs.

That is amazing. Who is the most interesting person you have met along the way?
I have met many very interesting people. There is a guy named Stan Gerson who is up in California. He introduced me to another friend of his, Don Wayne. Don is very interesting, a wealth of knowledge. He is the guy who created the illusion, where I made the Voortrekker monument disappear. He is the mind behind it, the magic consultant. He was also David Copperfield’s magic consultant for Fifteen Years Of Fame. There is another guy called Cliff Warren who owns a company called Skybound Capital, he sponsored my first trip up to California to perform at the world famous Magic Castle in Hollywood. Stan Gerson invited me to perform there. We were looking for somebody to sponsor the trip, Cliff Warren just gave us the money. He sent me up a second time after that. He is just such a great man. He really loves helping people, he loved what I do so much that he wanted to forward my purpose and my goal. It is something that I will be forever grateful for.

What was it like performing in Hollywood?
It was great. I never knew how I was going to get there. Do you want to hear the whole story?

Sure.
The Magic Castle is a very prestigious club that 5000 of the world elite magicians belong to, I was invited by Stan Gerson, who is a guy who performs regularly there. The only way to get in there is by invitation from another member or if you are a member yourself. I had asked the lady working for me at the time to find sponsorship but it was very difficult.
It was two weeks before the time and I got this inspiration, I don’t know what to call it, maybe a rise in the certainty that this was happening, that we were going. A few nights later Cliff Warren got in touch and asked what is new in my world. I told him that we were trying to get to Hollywood. He asked me to go see him. Warren looked at our promo pack, now there is a week left before we needed to go. He asked how much we needed, thinking he was going to introduce us to one of his friends or someone else that could help. He pulled out his chequebook and told me he wanted nothing in return. What a great guy. I become the youngest South African magician to ever perform at the world famous Magic Castle in Hollywood. I am also the only member from South Africa.

What were you doing before magic?
I was born.

Ah, I really wanted to ask you this one. You must have rocked out interviews with your Charles Xavier like powers…
Say that again?

You know X men, Professor X, mind reading…
Sorry, I am trying to understand the question?

Yeah, not really one, just me messing around.
Like to know what the interviewer is going to say before they say it?

Yes.
That is possible, but I switch off my abilities, I only use it for entertainment purposes. People might feel their space is being invaded.

I saw you on the Anne Hirsch show it is hilarious.
She had this garlic necklace around her neck, she was running around the studio screaming evil magician, an evil sorcerer.

She is amazing. Your goal is to inspire people to believe to see. Is a trick ever lost on a closed mind?
Sometimes, but very very seldom. I call them effects. I don’t enforce that someone believes or doesn’t believe. I don’t say what I do is real or that it is not real. I allow the audience to make up their own mind whether it is real or not. I also bend spoons and forks while you are at home and I am at the radio station. I can also make your light bulbs burst, your TV’s switch on. So when I am performing for somebody to get back to your question whether an effect is ever lost on a closed mind. I think some people are very sceptical, but when they are approached by me I don’t ever make them believe. This is what I do, if you like it then you like it. If you think that it is a trick then hopefully it is entertaining. If you think that it is real, I believe that means you can create real magic in your life, because you believe in it. I believe that the only way that things are created is if we believe in them first and that is what I mean when I say “Believe to see”. The only way that the botanical gardens is here is because someone had the idea of it and then created it. I believe the creation of those ideas or goals or dreams is real magic. 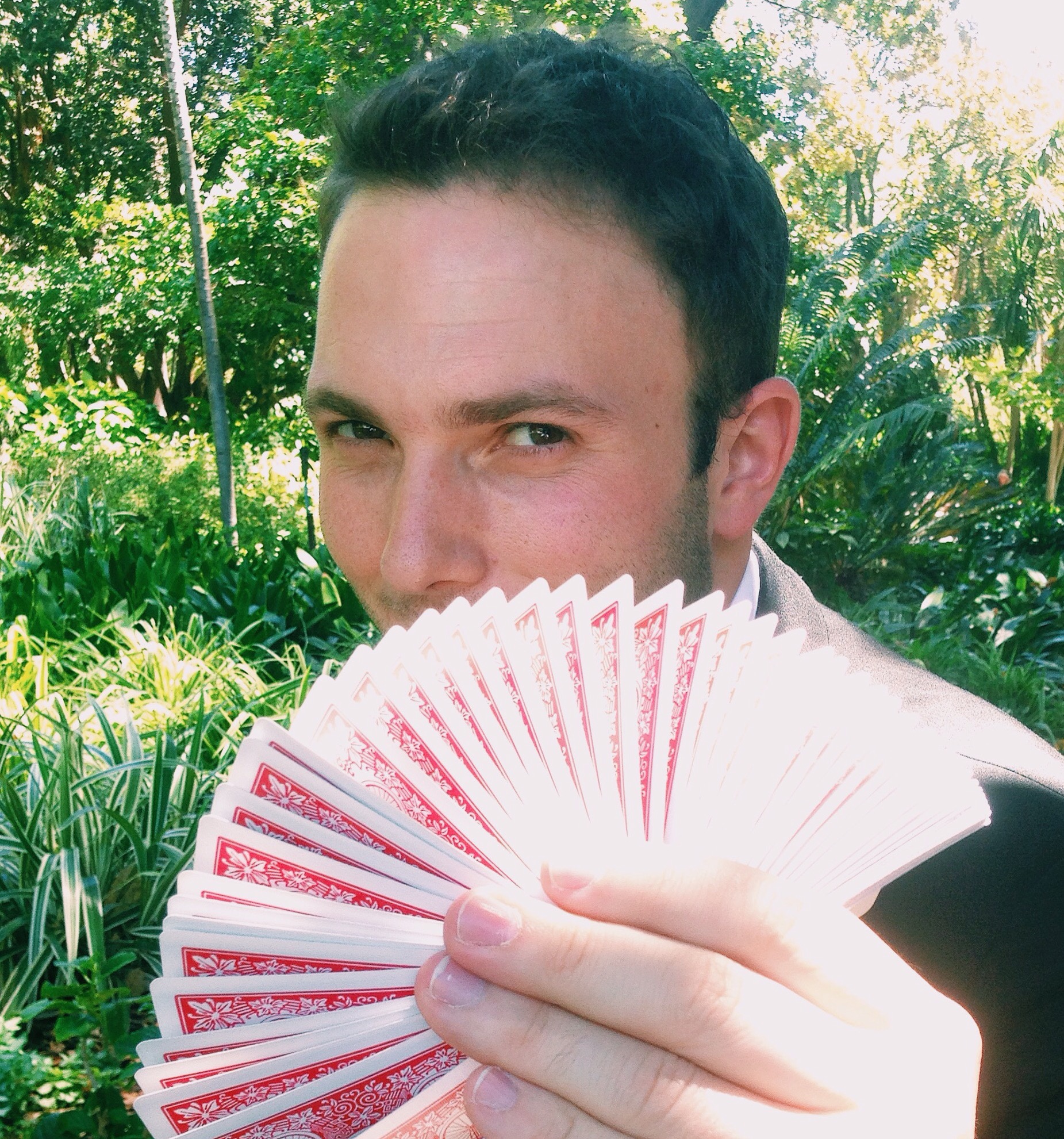 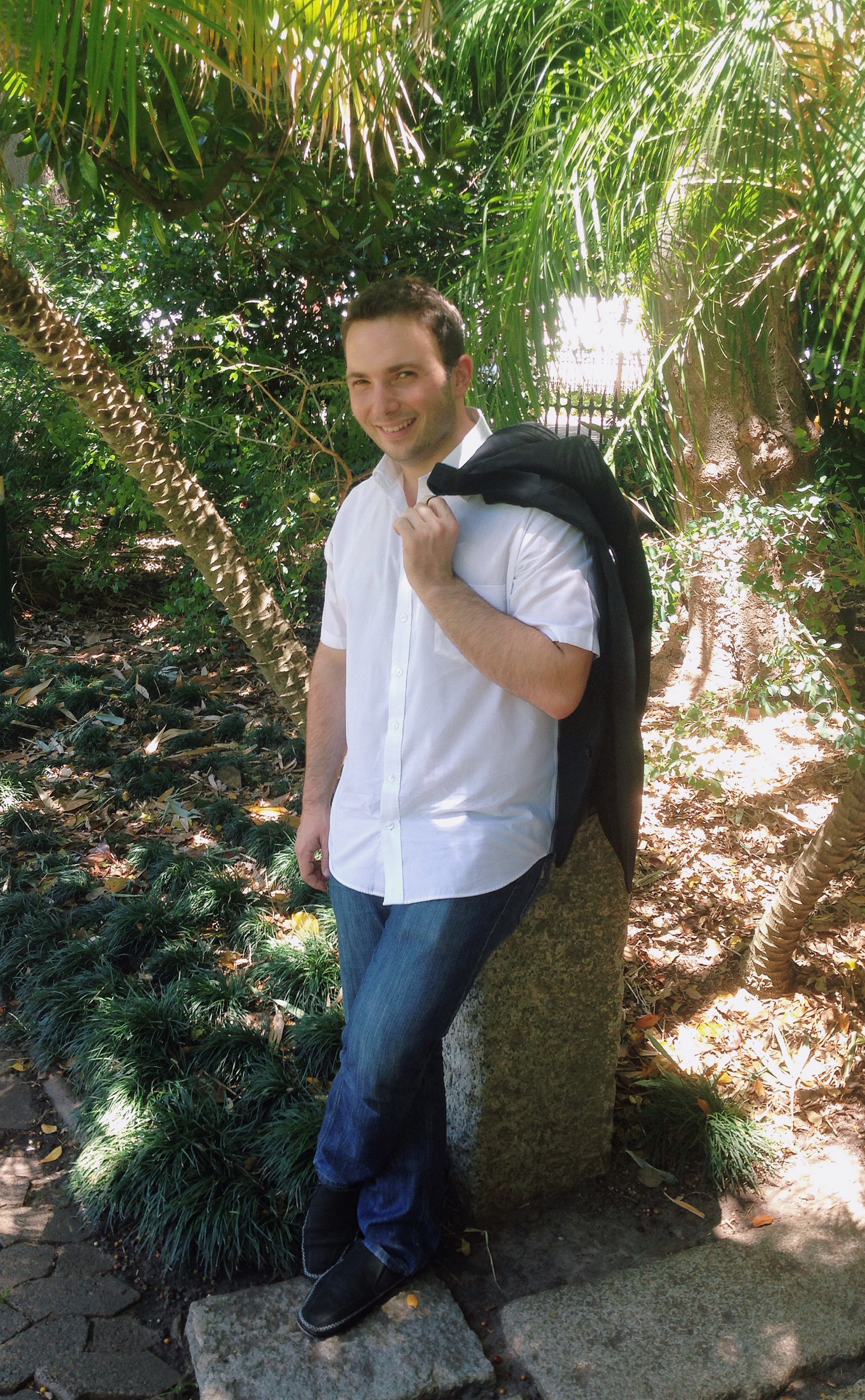