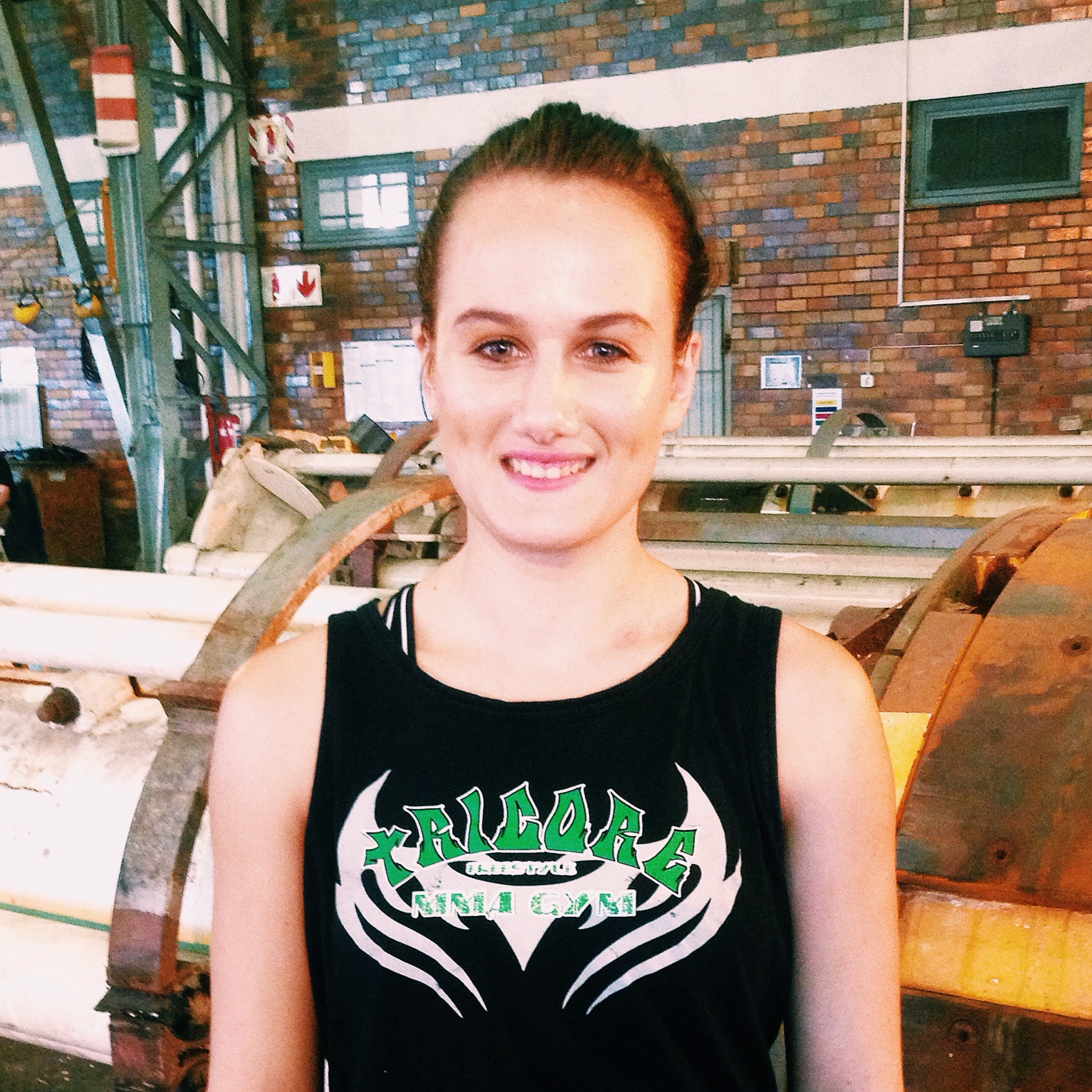 Let us kick off with how you got into fighting, what is the appeal for you?
Well, I used to do karate when I was really small. I stopped doing it for I don’t know what reason. In high school, I met a friend whose dad opened a gym and I joined. It was a thing in his backyard. It grew into a massive gym. Since then I have just gone further and further, achieving more and more.

What have you achieved thus far?
Since 2011, I have been the South African champion in my division. In 2012 I attended the junior world champs, I received a fifth place. In September 2014 I went to junior world champs again but in Italy this time, I received a third place. I was against a Russian, it was quite scary. So since 2011, I have won numerous titles it has just been a big thing for me. It is a big mental change, it changes me as a person, It effects you in your everyday life.

Yes, I was going to ask you about the change you have experienced in terms of your body and mind.
Well, I push myself harder now because I know what my limit is. In training and just being myself, school and everything. It teaches you respect. You see people in a different way. You experience a lot of different personalities, so your world gets broadened a lot.

The message LFS will be communicating when they launch is about empowering women… two questions here. What do you tell people who say fighting is not a female sport?
Screw you. I think it is a wonderful sport for women. I think every woman should do it. It gave me a huge confidence boost. I can go to the shop alone any time of day and not be afraid, I know if someone would try to do anything to me I would be safe.

The message…empowering women…
I think it is amazing. A lot of people out there only see fighting for the ring girls, with the beautiful bodies. They don’t think about the women fighting in the cage, changing their lives and building careers. It is a new thing, a lot of people are going to Skop vas teen dit. That means they are going to try to stop it. I don’t know the English exactly. It is going to happen people have just got to accept it.