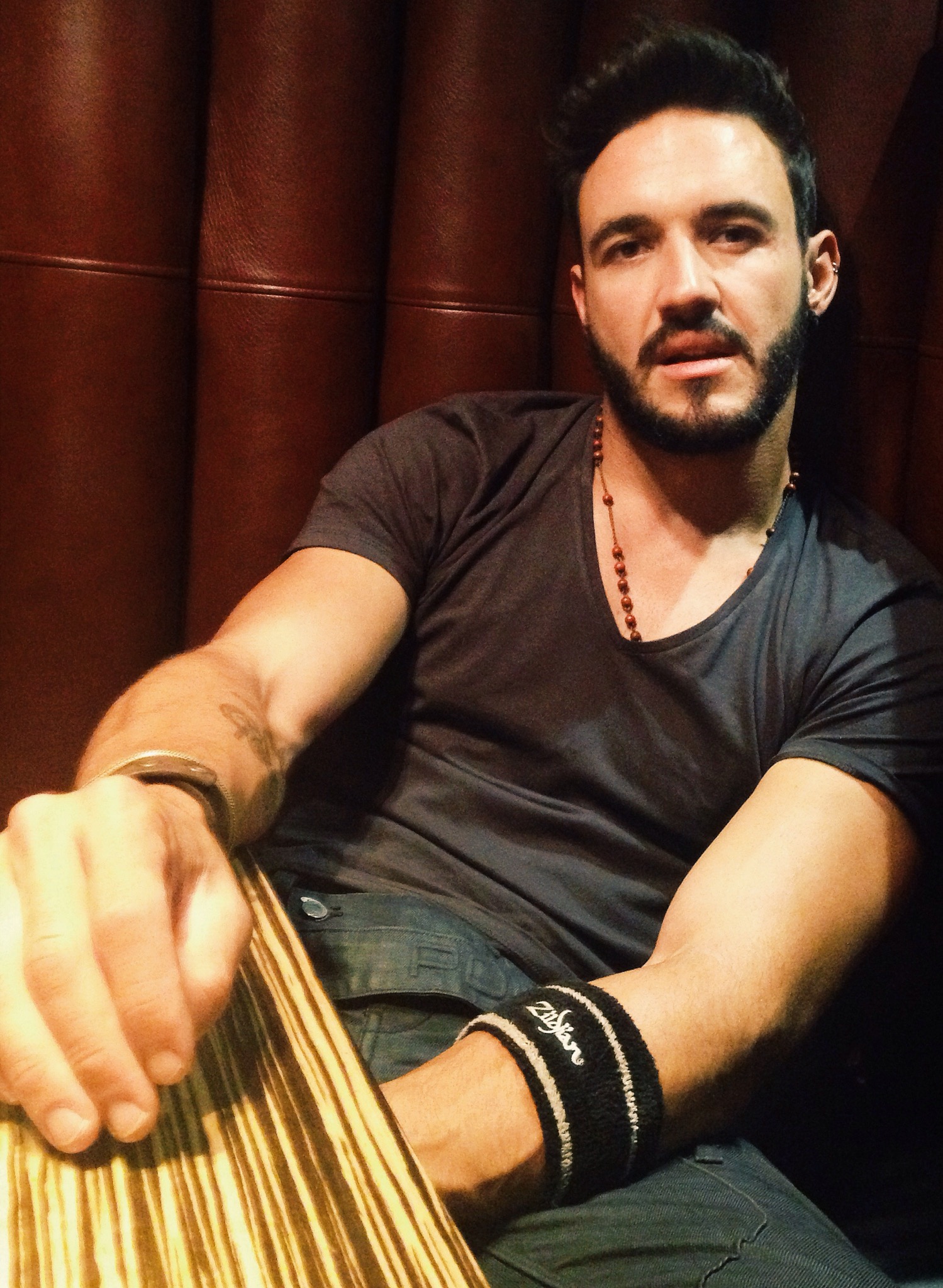 Justin….. I have seen you naked.

I was pausing for full effect there.
I am sorry I don’t remember that it must have been an epic night.

Recently you were involved in Jody Biebers project ‘Quiet’.
Oh… no ways!

That was hilarious, you should have seen your face, I got you there. Well, you were wearing underwear but that was fun.
How was that for an interview opening, picking her exhibition.

I did my homework.

I am impressed. So tell me what was your take on the exhibition?
Wow, turning the tables are we, the student becomes the master. I found it very interesting. If I am not mistaken she was the who photographer who captured the Afghan lady, Aisha Mohammadzai, whose nose was cut off.

Talk to me about being involved in her project?
She contacted me randomly actually. She explained what she was doing and I liked the concept. I had no idea what it would entail. We weren’t in contact for some time and then awhile later she called me to take the shots. We did the shoot. I didn’t hear from her for ages, next thing I know she sends an SMS to tell me to go to the gallery as one of my pictures was up. I went there, it was great.

It was tame, I am only teasing you.
It wasn’t that tame …

Okay, it wasn’t tame. Let us move along. So you are a model, photographer and…
Not a model.

Well, you did model.
No, I just stood there.

Well okay, you just stood there, so definitely not a model. Photographer?
I am not a photographer.

Oh, goodness am I screwing up this interview in a big way.
I wouldn’t call myself a photographer, but I am a lover of images. That is why I draw, that is why I paint. I went to India for a while. Every time I go, I come back with rolls and rolls of film. It is a hobby. I think it was my first love, more than music. I have always loved the imagery, colour and lines, balance and composition and all of that stuff.

Drummer, Yamaha endorsed, a part of two bands…
I started drumming at the age of sixteen because my church needed a drummer. Someone had a set of drums and so I took them home and learned one or two beats. I heard there was a drummer up the road and thought I would go to him for one or two lessons and see what I can teach him. When you start something you think you know it. Long story short, I met him and told him I am great and he tells me to play for him. So I play one or two silly beats, I played my heart out. After which he said, “Okay, the first lesson we are going to learn how to hold the sticks”.

From then I realized my place on the ladder. Music then was a hobby, it turned into a passion and later an obsession, to the point that I went to study music. I did my degree at Pretoria Technicon and then freelanced. I dreamed of getting to New York. There is a prestigious school called the Drummers collective. Next thing I know, I got accepted. I graduated and moved back to South Africa. I have been freelancing since. The two bands thing comes in, well I am actually a jazz drummer, not a band drummer so I do a lot of session work for pop idols and TV shows and things. I think that now I am older and I have done a lot of that I am able to filter what I don’t want to do anymore and just work with guys I love and projects I love. I choose who I work with, I will no longer whore myself out.

You said whore yourself right, okay I got that.
I am a musical prostitute yo.

You mentioned that you are an artist…
If there is enough money involved I will do anything.

Will you do anything?
As long as it involves counting to four and hitting things.

Ah yes… Tell me about your graffiti…
So I always drew, my dad was a professional fine artist and my mom is a fine artist although she went into architecture. My grandparents were both professional musicians so I kind of didn’t have a choice in the matter. I started drawing at a young age. When I finished matric it was either going to be art, theology or music. I didn’t believe I could make it as an artist and I loved music. I wanted to study one year of music and that was it I would then go back, I was studying animation at the time. Anyway I did music and got completely stuck into it. I later looked back on my life and thought about what I used to do. I used to do sport and draw and enjoy this and this and this.. I had given it all up for music. So I got back into my old passions. Because of being a drummer I got into Hip Hop culture and urban culture, street culture. So instead of picking up a pencil, I picked up a spray can and started trying it out. Just because I love Hip Hop, I love the culture, the swag. I started painting using a can. The more I painted the more people started asking if I could paint for them, I realized this was quite expensive to buy all the cans and the paint so I said I would do it for free if people bought the materials. Later on when I realized how much time it takes up, a few weeks for a piece so I started charging realizing it was more than acceptable. I have since started a company. I have a mural company that does everything from logos to murals, graffiti work to canvas work. I subcontract other graffiti artists under the company, depending on their strengths according to what the client wants. That is where it is at, at the moment. It is like my day job. I count to four and hit things in the evening and write my name all over the city in the daytime.

I know you are.
I am going for the George Clooney thing…

Huge dreams.
Okay so having studied music the drumming part of it was a small part of it. It was a lot to do with composition and arranging, musical history. It is very broad, so I got into the corporate industry because as a musician that is where we make most of our money and started creating corporate products like gimmicks, that would work for clients for functions and stuff. I started a thing called Phat Coffee. Being in New York I was very influenced by the buskers. So what it is, is a top forty band which is made up of only four horns and drums. Live drums and live horns, that is it. Like David Quetta, Pink, Justin Timberlake, that kind of thing. I then scaled it down even more to two horns and drums. It is drum and bass music, house music but just played between two saxophones and a drummer. It is called – My neighbours wife. Those are the two other projects that I have as well. Oh and on the graffiti side which I have just started doing is, because I have been a performer for so many years, I decided to take graffiti and turn it into a performing art. Recently I did the biggest speed graffiti I have ever done. Basically what I did was paint four canvases each one was 1 meter by 1.2 meters, spread across the stage with dances moving around the stage. I had five minutes to finish all four canvases. That works out to about four square meters of artwork in five minutes. I painted them, the dances took them away and moved them around. The great reveal was when they stuck all four together and it formed the face of Nelson Mandela with the South African flag painted across his face. That is another thing I am moving towards, speed graffiti.

Amazing, that has never been done before?
Well, speed painting has but not like this, no.

Describe yourself to someone who has never met you?
An onion. 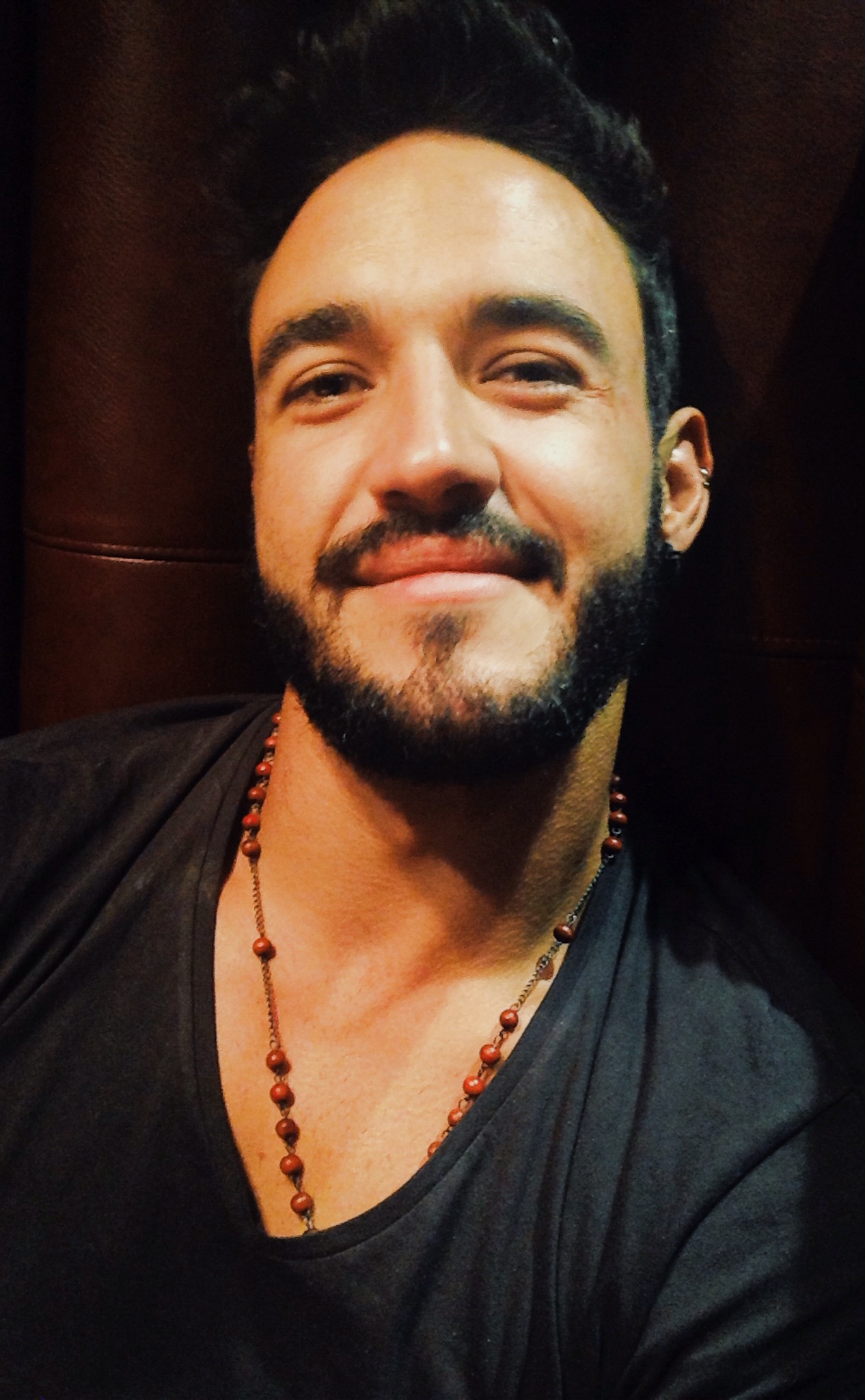