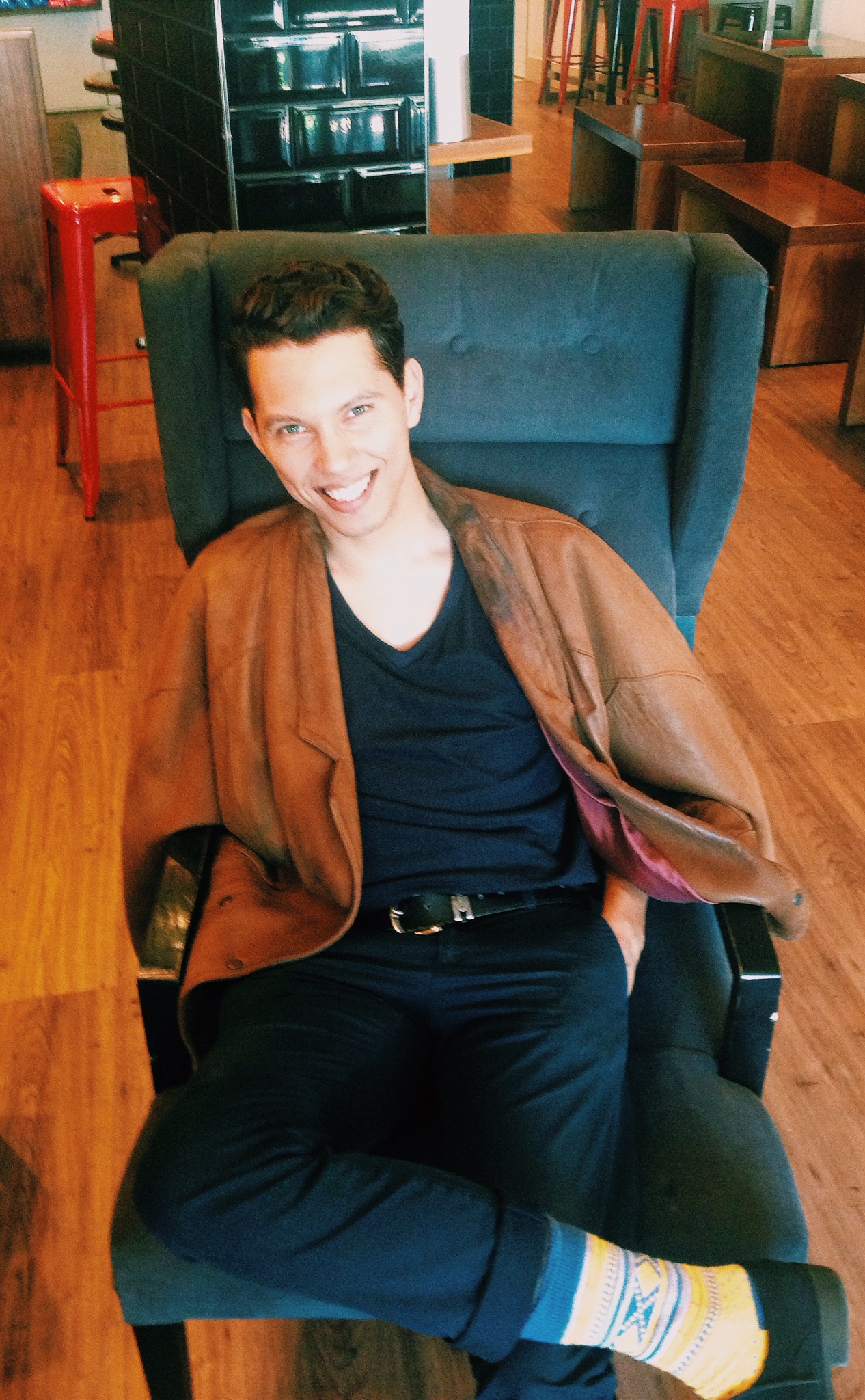 You were in your first band at 15, let us start there.
I was still in school, I am a very shy guy who would never ever take to the stage. I had entered a couple of competitions. I was really never convinced that I had it in me, and then I spoke to another musician who told me that I am not a singer because I tell myself that I am rather I am a singer because others acknowledge my capabilities. That is when I clicked. I might not think that I am worthy of being on a stage, but people are encouraging me. People are saying that I have something and that I should work with it. I think that is when I accepted that I am worthy of my talents and accepted my talents. I started realizing that I am creative, I wanted to write songs and affect people. I wanted to convey messages through sound. I started entering competitions and doing open mic nights. I was a part of a jazz band called ‘Anything Goes‘. We did the Jazzathon at the Waterfront. After that, I focused on my solo career. I knew that I wanted to write music so I got into contact with a producer in Cape Town, who does Pop, R&B and Jazz. I was sixteen, I sat down with him and told him that I wanted to write and record and asked him how I could make it happen.

The first song I released was called ‘I don’t want your love’, It went to no1 nationally, I was quite surprised. I realized the power of having an opinion and a point of view and sharing that with people. There are people who will resonate with your thoughts. After that, I wrote and recorded a couple of tracks one called ‘Dismissed’, and the other called ‘Stay’. I was fortunate that those tracks went national and international to Spain and Botswana. At that time I was doing contract work in Spain. I was contracted as a performer, doing a solo show. I was doing some original tracks and lots of covers. Ever since then, I have just been in music full time. It has been absolutely amazing. I have met so many people. I have been so blessed and so fortunate to be sharing and learning from the best. There is so much amazing South African talent.

Were you with Ja Ma Se Comedy for a few months?
My band (Jarrad and the Pedestrians) and I started at Ja Ma Se, it was our first residency at the Waterfront. Just to be on stage, I felt extremely honoured to be given that platform. Here were these newbies and this guy turns around and says “I will give you the platform”. I have learned so much. My band grew so much as a unit. Since then it has been a lot of learning and practice. Of understanding who we are and who I am as a musician all over again. The gig itself was a great opportunity for us to connect with our market, to meet new people. To also get an international opinion on the music as Waterfront is full of tourists. We also saw from feedback from tourists that as young South African musicians we do have the skills and talent to take our music aboard. I think as musicians we question ourselves because we don’t know if we are on par, with international acts. But we are.

I think this is the curse of the creative to always question. We are very quick to look outside of our country for talent that is right under our noses. There is so much creative talent in our country. How did your band ‘Jared and the Pedestrians’ form?
We started last year. I was booked for the Cape Town summer market that happens in the Gardens. It is an open-air concert and I needed a band. I went to facebook and gumtree saying I was looking for a guitarist etc. I had crossed paths with my keyboard player before as I had done some work at the high school he used to go to. He contacted me. As musicians all know each other, he knew a few other people to pull into our band. We always get asked about our name, it was five minutes before we had to take the stage at the open air concert. The MC is blowing us up “This fantastic Cape Town band…they are called” he goes blank and turns to us, he runs to the back and asks us our name. We saw a pedestrian sign and there we go. The crowd went wild and the name stuck.

I like the name, it is sticky.
As long as you think so, I am happy. Being a solo act I have always performed alone or various different musicians, it is so great to have a band. We are learning together about ourselves as musicians as well as what music means to us…

Jumping in, what does music mean to you?
I think music to me means life. You know that whole thing about art reflecting life and life reflecting art.

Was that prepared?
Not at all, I sound so profound.

That you do.
I think music is healing to me. It is a way to communicate. It is a way to bring people together. Music is a space and a world where we don’t have sex or race, it is just about what you come with. Telling your story. To be in a sphere where you can communicate and an effect is a powerful place.

I think as musicians we don’t claim that space, we try to follow trends of other artists. As South African’s we have so much in terms of heritage and culture, as well as being so diverse we have a lot to offer.

I am curious, Stay and Dismissed is this about the same person?
No.

That would have been confusing. Did you want them to stay or go, make up your mind?
Stay is about being in a relationship where you want to be there for the person but you want them to decide if they are going to stay or leave. Because you are going to be there, none the less. They must come to the party or leave. The line is – baby please stay. We had ended things but I had wished she would have asked me to stay. It didn’t happen that way. Dismissed is about another person. I am always influenced by the stories I hear around me. A friend of mine discovered her partner was not being truthful. It is such an intense topic but I wanted to make it fun. Relationships are like that you learn. You take the lesson, walk off and carry on.

The future, what is on the cards?
This has been an awesome year. To be recognized as a South African artist, having my songs on the radio…I have been approached by other local artists to write songs for them. That is my new venture, writing songs for other artists. To record an album for myself and the band. To release new music. Also to take part in more productions, I was involved in cabaret shows this year. I want to take to the stage and take on more theatrical roles, I want to get into musicals and I want to act. Hopefully some travel as well.

Busy year ahead. We met so randomly over three years ago. I have kept an eye on you and your music over the years. Everything you said you were going to do when we met you have accomplished. What message do you have for others who are trying to figure it out?

The first thing is to be patient with yourself. Expose yourself to different things because you don’t know if you will like something unless you try.

It is also about saying and actually doing. Sorry, I am backseat driving.
It is about setting goals when you are aware of what you want so you can map out how to get there.

So be patient, try new things, plan and map out a way. If we love many things we often find there is a bridge that connects everything. Lastly, have confidence. I believe if you spend enough time doing something and you really want it, you will get there.

You have not heard my voice.
If you want to do something, there is a way. 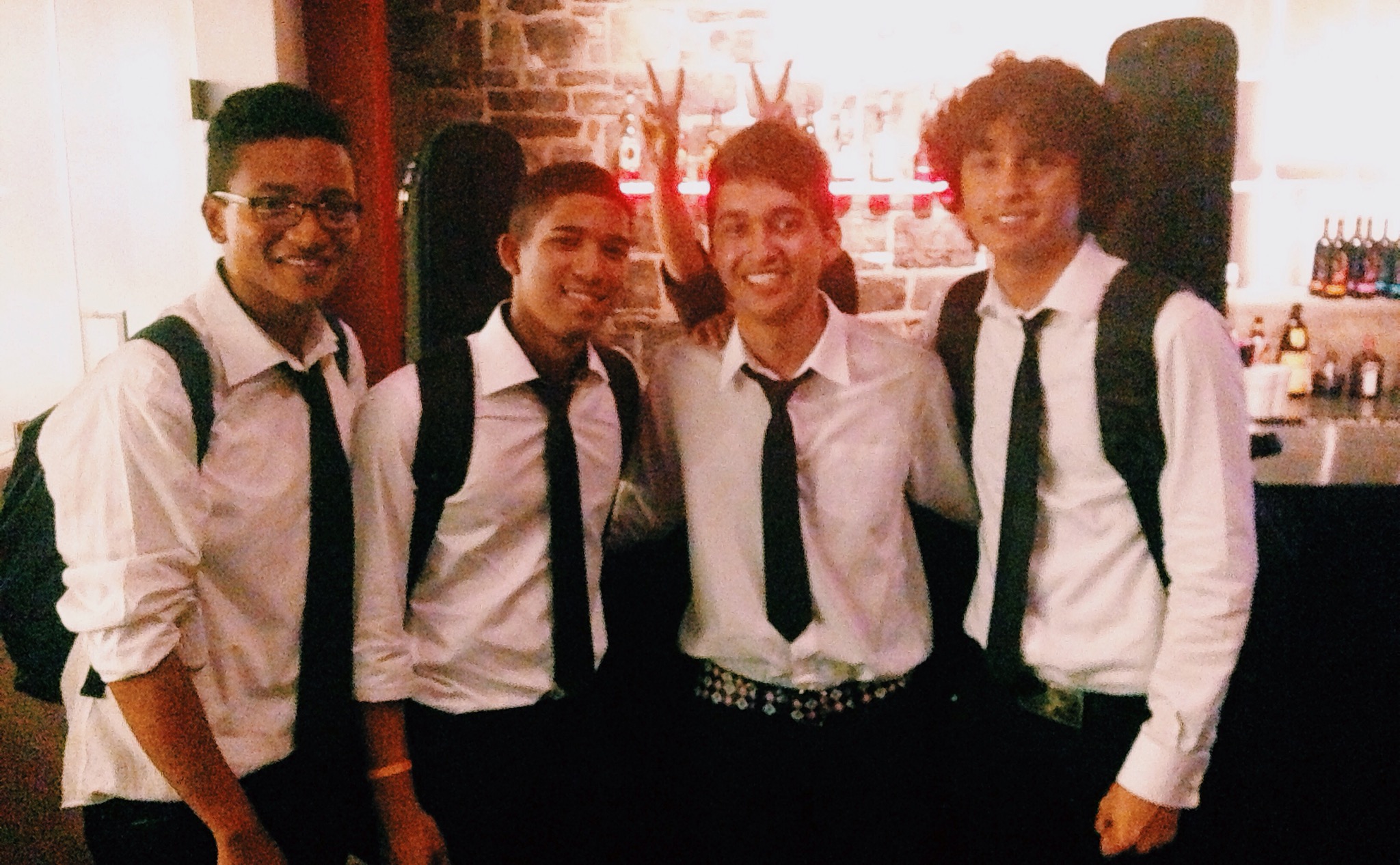 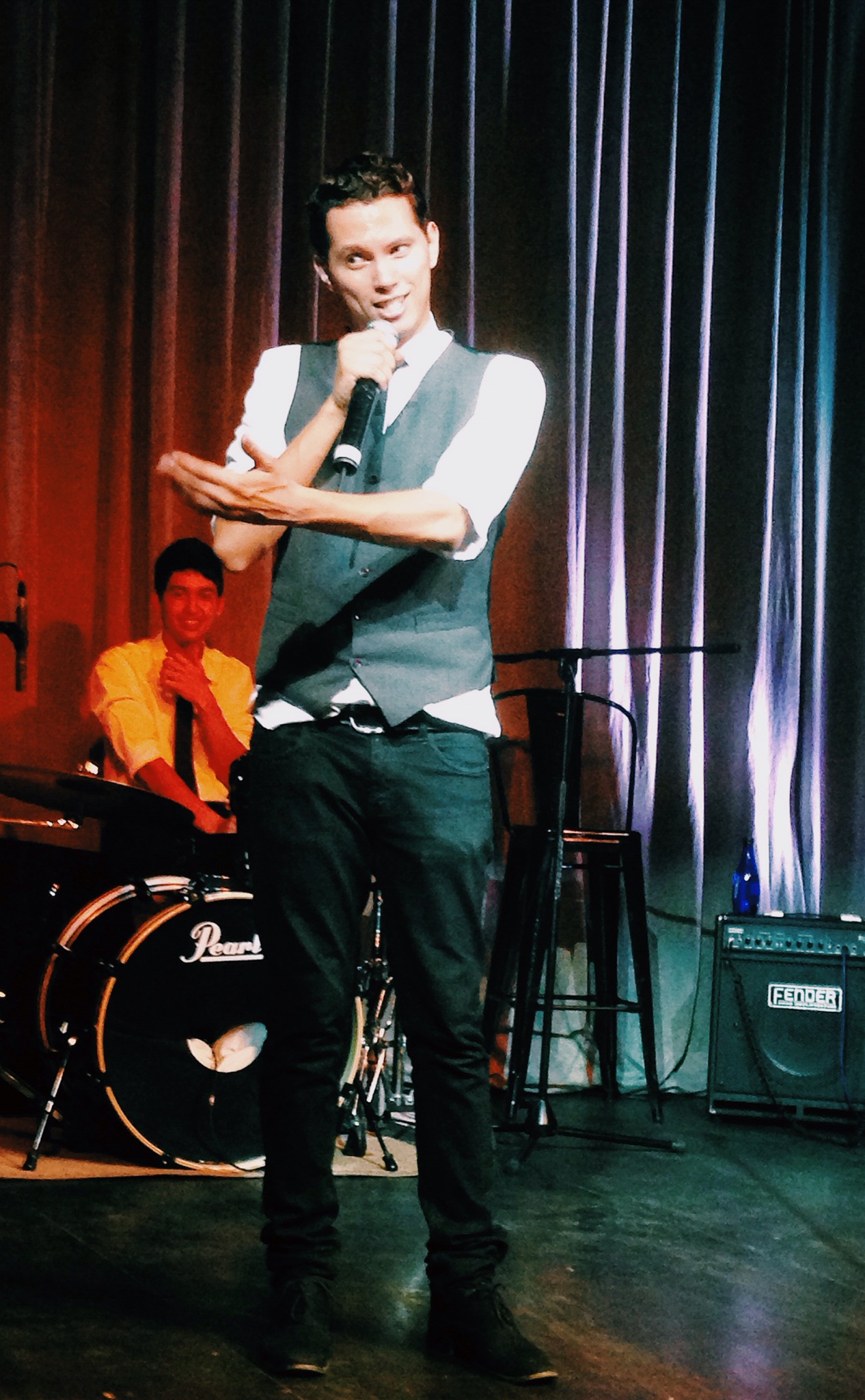 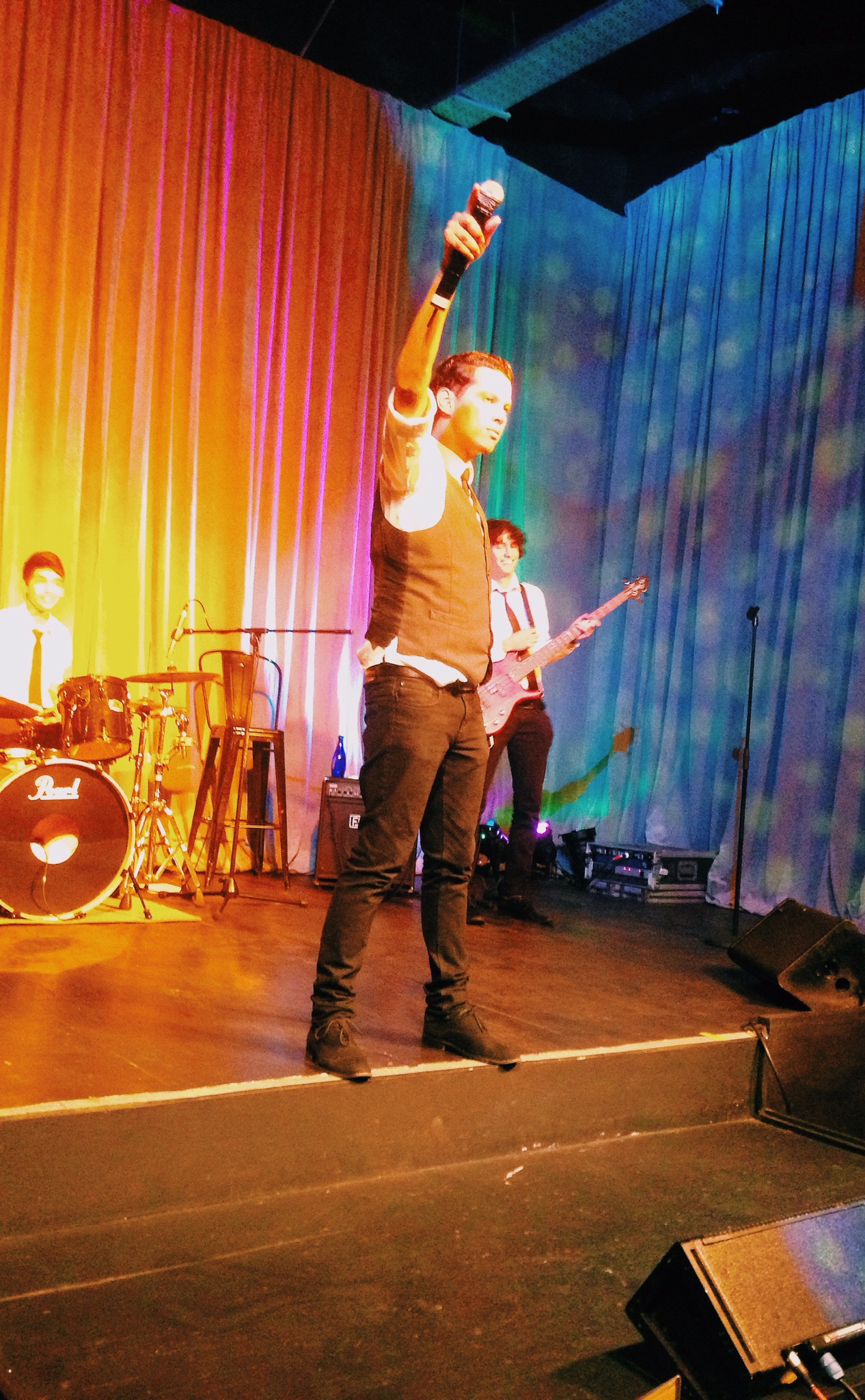