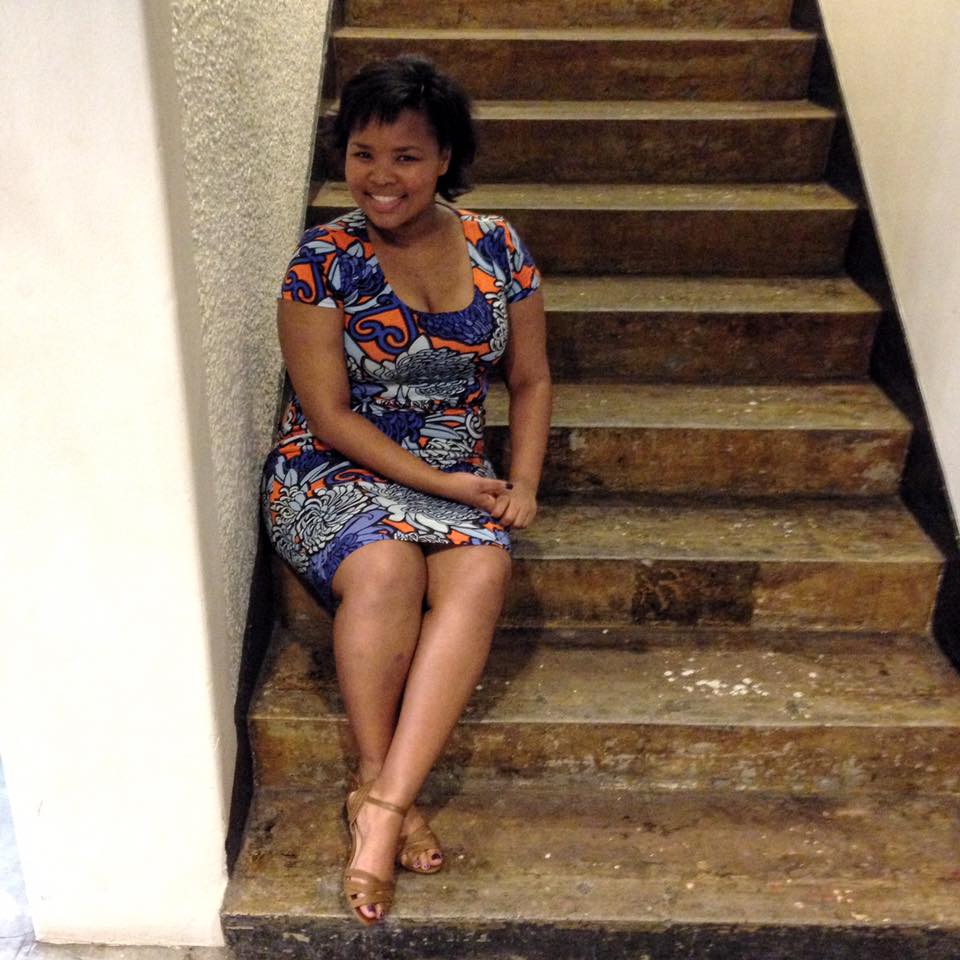 Who are you let’s kick off from there?
Elwira – My name is Elwira, I am 23 years old and I am from Worcester. I grew up on Rainbow, a chicken farming community. We have been living there ever since I came into the world ­– we are 5 children and I love singing, that’s me. So I finished school and I studied management assistance, I only started studying last year. Idols came… I ended up in the top nine.

Going backwards, you were born in Worcester. You have mentioned to me that you wish to shine a spotlight on your hometown as you want to see some sort of change that side…
Elwira – Yes, there is a lot of gangsterism and a lot of dreams but people don’t follow them. I think me doing this and taking this big chance… I mean I am only a small town girl with a dream, if I can inspire other young people out there to follow their dream, then that is all I want to do. That is the change that I want to see, people doing what they love.

Who first told you that you could sing?
Elwira – That would be my parents, I was 14 years old when I first sang in front of people at a concert. So it started at home – my family are very musical, they play instruments and they can sing.

A question for your manager and voice coach, who is with us today, David is it really true that anybody can sing?
David – I think that anybody can project. Singing is not as simple as projecting a melody on a harmony but singing is about expression. So anybody can sing. You can be musical and just say hello and brighten somebodies day, that is music to us.

I like that. So Elwira back to you. You decided you were going to enter idols, who insisted on this?
Elwira – So I told you I started studying last year, I was sitting in class and a friend of mine sent me a message to tell me that Idols auditions are happening at Grand West and he would like me to go. I had always wanted to do it but I never had the guts. So after he messaged I decided I was going to try and do it. He covered my transport expenses and everything. That was the start. Clinton is his name. So Clinton took me and stood by me through it all. So a friend pushing me…

That is an amazing friend. Do you remember what you were thinking when you first went out onto that stage?
Elwira – On the live stage?
Yes.
Elwira – A lot of nerves.

Wait back up, auditions, you walk up onto the stage, you see a full audience, what are you thinking?
Elwira – It was very nerve-racking and so exciting. I knew I only had one chance to do what I love to do and to show these people that I could do it. So many nerves, you stand in line the whole day. Everyone is trying to compose themselves because everyone knows that if they mess up their one chance it is all over for them. I remember just being very, very nervous. It has a very exciting journey for me.

Reaction when they said, “Yes, yes, yes”?
Elwira – I screamed. I was so excited. When I met my friend and my sister outside, I started crying. It was the start of a whole new journey for me. I didn’t know where it was going to take me or where I would end up. But I knew it was the start of a great thing for me.

Your Idols journey…
Elwira – Wow, so I need like 5 days to tell you about it. That was one amazing journey. I discovered a lot about myself, me as a person and as a musician. I had a chance to meet great people. Like Malie Kelly, she has been in the industry for a very, very long time and RJ Benjamin. I was surrounded by the most talent the series has ever seen, is what people were saying. I am so grateful that I got to be a part of it. We all lived together, all the contestants. That is a story for another day.
David – Tell her about theatre week?

Now, what is that? Do tell?
David – After the auditions, you get call backs and they fly everybody up to Sun City for theatre week. It’s also called…
Elwira- Hell week. So we thought we were going to Sun City because when you get your gold ticket they tell you that is where you are going. We ended up at the Maslow hotel in Johannesburg. We had one on one sessions with RJ Benjamin or Malie Kelly. They had hidden cameras in the rooms which we didn’t know about. They only told us later. There were 3 buses, they gave us tags; green silver or blue. There was one that didn’t go to Sun City and two that did. I was in one of those two. We didn’t know where we were going, that was tough.

So when we got there we were put in groups of three, we had to do a group song, that was a bad one for me. Wow, I forgot all of my words, I messed up. When I forget my words, I look down, almost like I am searching for them somewhere. It was so bad. We had one more audition before they chose the top 29. I knew I needed to kick ass in the solo round. That was when it happened for me. I think God has a plan for me. I was chosen for the top 29.

You said that you learned a lot about yourself as a person and as a musician?
Elwira – That I am actually a very strong person. We went through a lot, we had to be brave and strong. You had to believe in yourself, sometimes there is a lot of negativity around you but you need to believe in yourself and know that you can do it. I think I have grown a lot. Social media can go crazy with negative energy but you have to be strong.

Were you following social media?
Elwira – Yes, I get notifications, so I am tempted to go check now and again. There is a lot of stuff happening there.
David – An Idols page was created for the top 16, so everyone could say what they wanted on the page. It was tough because a few of the guys got some really bad comments.

How do you protect yourself against that?
Elwira – You have to forget the negativity because there is always a lot more positivity. It is better to focus on that.

What did you learn about yourself as a musician?
Elwira – There is so much inside that hasn’t come forth yet. We had long hours in studio and rehearsal. I think as a musician, if you want to be in the music industry you have to work hard. We had early mornings and late nights, but you have to do it. Every time you get on stage that is a moment to show off your talent, to encourage and motivate people. I learned about staying motivated and working hard.

How do you keep your feet on the ground when you constantly are getting attention from strangers, plus, plus…
Elwira – It’s so important through everything that happens around you to stay grounded and stay humble. I have a lot of people around me like David and my family. They are very humble people which makes it easy for me to be the same.

Future?`
Elwira – I am excited about the future. I believe that Idols was only the start. For now, a lot of gigs. To stay busy. Idols is the perfect platform but what you do after is important. So a lot of public appearances and a lot of gigs.

Do you write your own music?
Elwira – Nooo, well I am going to say not yet.

On cards?
Elwira – Yes, I want to do it. I really want to write my own music.
David – I think it is about finding a healthy place to express yourself from. I think it’s about finding yourself first and figuring out, what is it that you want to say before saying anything. She is so bubbly, once she figures out what it is she wants to say then she will have a lot to say.

What music do you listen to?
Elwira – I am a soulful girl. I love my Gospel and my soul music.

You were singing long before Idols?
Elwira – Yes, it started when I met David, four years ago. We did a lot of weddings, concerts… I am versatile. My music started in the church, I am part of a worship team.
David – Like 6 excellent singers in the one group.
Elwira -I have been a part of that group for years. So it all started in Church.
David – Tell her where you come from, your past. What you did before Idols.

Now you have to tell me, well if you want to.
Elwira – I don’t mind. Before Idols before all of this. I worked on a farm, I was a cleaner for a year. I was a waitress. It’s because I come from humble beginnings that I can really appreciate where I am now. I worked hard to be where I am now.
David – If there is such a thing, like in America they call it the American dream, in South Africa… when I met her she was what 19, and unemployed.
Elwira – So I finished school in 2010 and I was unemployed.
David – It was terrible because I had to pay for everything.
Elwira – Whatever.
D avid – Kidding.
E lwira – Well now I can pay for some things.
David – The reality is that I got this opportunity to see her grow, from the frustration of being a general laborer on a farm. Her story is one of hope, about a journey. All of this will culminate in her becoming a good writer. My issue is that in the South African schooling system we expect 15 year olds to select subjects that they will need for the rest of their lives. A 15 year old doesn’t know these things.

Most of the 30 year olds I know, still don’t know what they want to do with their lives…
David – Exactly, if I didn’t stumble upon my career I guess I still wouldn’t know. I got accepted to study law… I never went. We are aiming for her to become a symbol of hope, a dreamer. What does a dreamer look like, like Elwira. Her family still have very limited resources, for her ,she got an opportunity. One should always work on their craft so much that when an opportunity arises you grab hold of it. 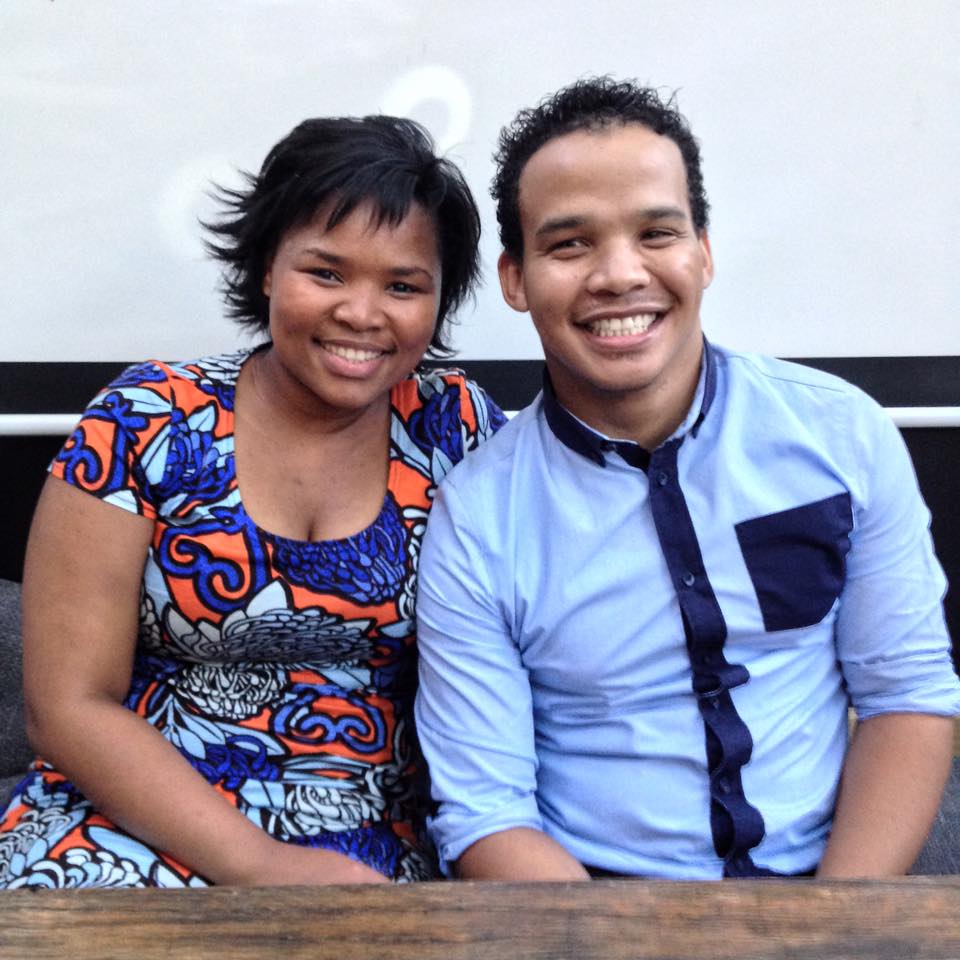 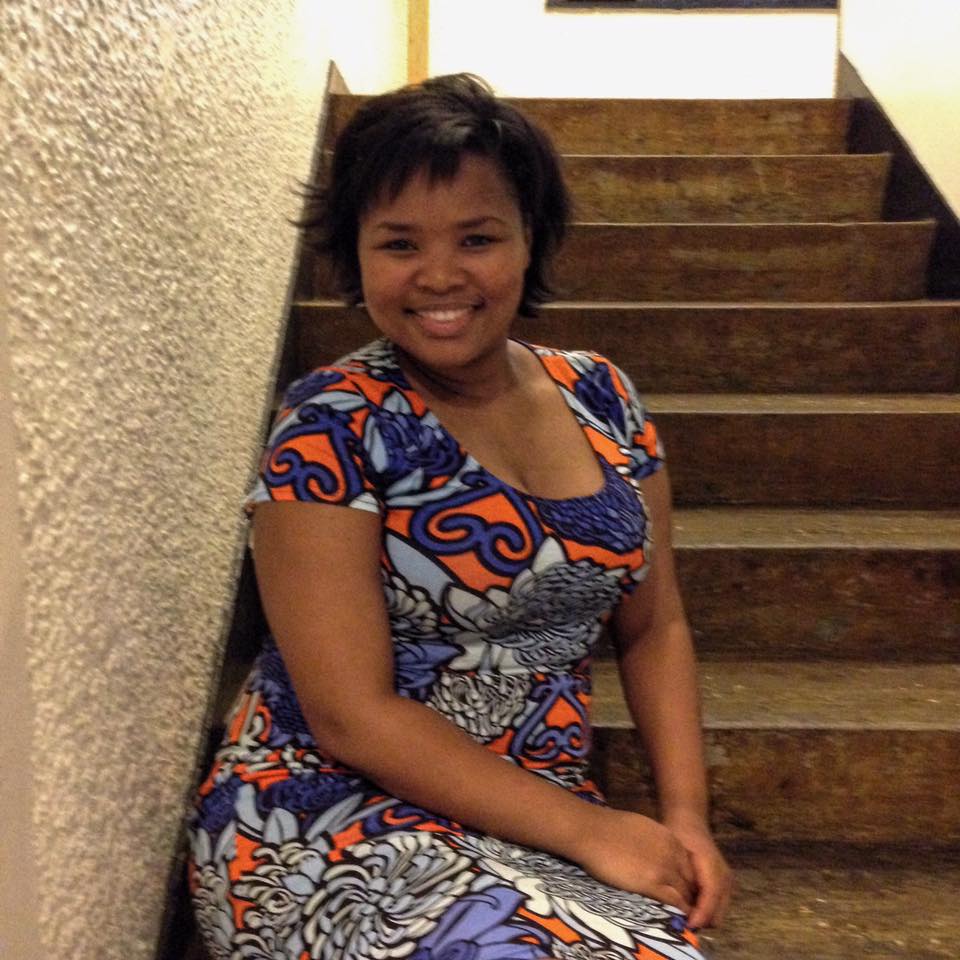