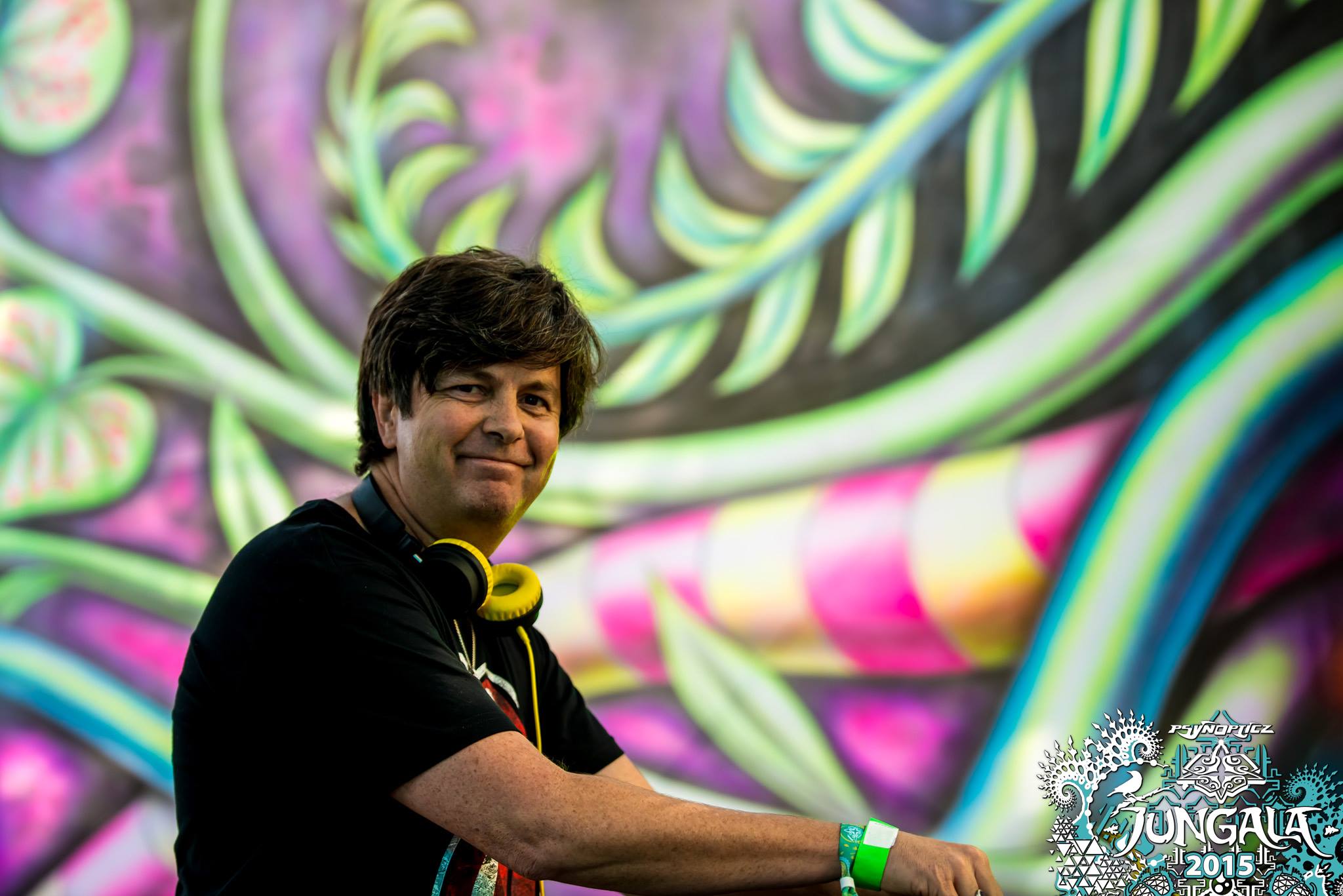 Please tell me a bit about yourself?
I’m a born and bred Capetonian. Although I’ve travelled overseas and in fact deejayed abroad several times, I still feel like small town boy. I grew up in Sea Point in a very liberal family and the 80’s were my teen years. I’ve worked for myself since I was 22. I owned a computer software company for 10 years which I then sold back to the people who helped set me up originally. At 32 I decided to follow my passion for music. I was married with 3 kids at the time (and still am), so it was actually quite a big risk.

I’ve now been involved with the SA music industry for over 15 years. I started DJing in 1997 and have done everything from DJing to creating and releasing my own dance music album. Hosting outdoor music events (with partners) and managing a small club as well as record labels, but I think my biggest imprint on the music scene in SA has probably been the two magazines I co-owned and ran for 10 years – BPM Magazine and Muse Magazine. For the past 5 years, I have been a South African Music Awards Judge.

How did you get into DJing?
Mistaken identity. A club owner and mutual friend mistakenly thought I’d been DJing for a while and asked me if I wanted to do a gig one night. Since I had a massive collection of music I decided to give it a bash and evidently, it went really well. It’s not hard for the bug to bite once you do it. I still get a rush out of making people dance. I’ve always seen DJs as a kind of ‘servant to the dance floor.’ We’re not there to be the centre of attention but actually simply to create the right vibe for people to enjoy themselves whether they’re actually dancing or just socializing.

Music is a very powerful tool and although DJing is not exactly ‘rocket science’ and today it’s even easier than ever with all the software and digital tools available, there is still an intangible skill to being a really good DJ which requires one to read what a dance floor needs and effortlessly create a tapestry of music that resonates with everybody in the venue.

You have been involved in the South African music scene for over twenty years…?
Yeah not quite 20, but it sure seems like a lifetime now. My journey started in 1997 so that’s 18 years of actually being involved in some way or another. It was only in 2000 that I started to earn any sort of income from music.

How has the industry evolved and grown over that time?
Like a lot of industry, digital and the world wide web has transformed the music biz tremendously. On the positive side, it has made the consumption of music and the creation of it way more accessible to everybody. This has, ironically, also been the bane of the industry, globally, which has been in constant flux for some time. The SA music biz is small. But thanks to the digital revolution more and more people are able to produce high-quality music and recording without the barrier of massive big budget studios.  It’s the same really for film and other creative mediums.

You mentioned in an interview awhile back that 2002 brought with it a big change within the psytrance scene where music went from underground to overground. Since 2002 any other big changes on the scene?
The kids today grow up with electronic music. By 13 the average teenager will have heard at least one psytrance track, if not more. In the 90’s the rave scene was largely underground in South Africa and at the turn of the century, this slowly started to change.

Although the global psy scene is massive it is still regarded as an underground movement, mainly because promoters do not encourage mainstream sponsors and the entire event, artists, infrastructure is almost completely self-supporting. My comment about it going from underground to overground has a lot to do with information accessibility these days. Online we can discover any music genre, music scene, cult or anything else we want to if we look.

But Cape Town is unique. It is one of the only cities worldwide where psytrance is the single biggest genre or scene. House music, techno, deep house, drum and bass… none of these genres have the following or attendances that psytrance festivals have. It’s almost become a ‘right of passage’ for middle-class youngsters after school to go to psytrance parties to discover themselves.

Where is your favourite place to play?
Cape Town. I’ve had the privilege of playing in various parts of the world but I’ve yet to discover a dance floor as special as the mother City. Many of the internationals who visit here also rate Cape Town as one of the best destinations.

IDM mag is your brainchild…
It is. After we closed BPM & Muse Magazines I decided to launch IDM Mag on my own (the first time without partners since my IT company) which is a strictly online platform delivering daily content via social media channels to our community. It’s very similar to what I did with BPM magazine. I still believe that it is necessary to inform, educate, inspire and entertain people about the world of electronic dance music, especially with a South African voice and focus.

What does the future hold?
I’ve learnt a lot about the world of digital after 10 years focusing predominantly on print media and it excites me tremendously. The potential to reach a global audience and promote mainly South African music is such a buzz. The main challenges are monetizing IDM Mag and I continue to explore unique and different ways to so this. So that’s my immediate future.

What advise would you give to newcomers in the psytrance world who are trying to make a name for themselves?
Get a real job! Just kidding. It’s the same for any industry. Do a good job, don’t give up on your dreams and persevere because success seldom happens overnight. Those that are at the top of their game put in an unusually large a number of hours to perfect their craft.

But also be realistic. The reason I have been involved in so many different aspects of the music biz is that I recognized early on that simply DJing was not a consistent enough income to rely on. So I found other ways to continue my passion for music by becoming more involved with the other aspects of the biz, which both taught me more and also enabled me to continue with the creative side of things like DJing and producing music.