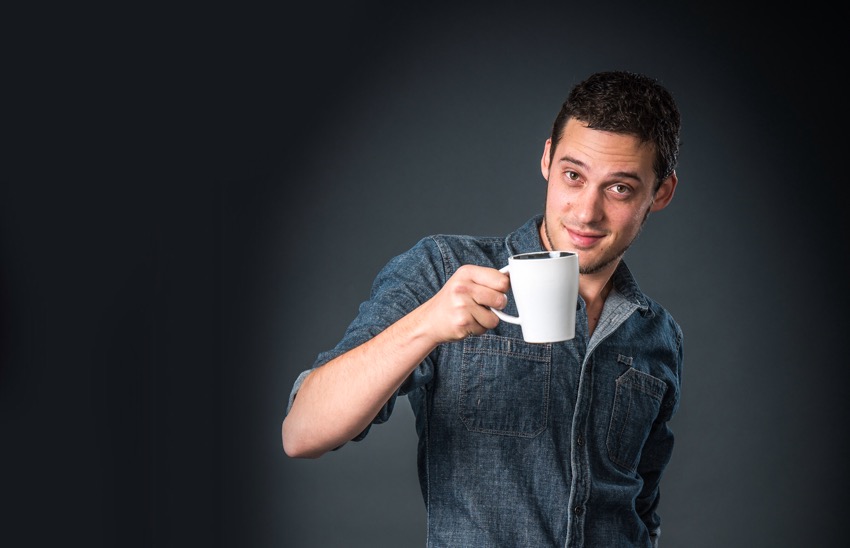 Alon, who are you?
I am a guy with a background in graphic design who quit my job in the marketing world to be a full-time photographer. My business model is to take awesome photos for my clients while at the same time doing my best to train up those less fortunate than myself so that they can do the same, both under my business name and in their own capacity.

You started a personal project called ‘Mothers of the Streets”. You say “It really upsets me to see how we’ve lost our compassion, become blinded to suffering and how it’s become socially acceptable.”
I find that members of South African society are totally blind to the suffering of the lower class people of our society. For whatever reason, we are able to drive past those that beg on the side of the road and live on the streets and not batter an eyelid, and then chat about how annoying these people are while we live a life of luxury. It’s simply become okay, and even encouraged to ignore and treat these people like shit, and it really gets to me.

What gave you the idea to start this project?
I always struggle to communicate with people when trying to explain that the people begging on the sides of the road simply might not understand how to make money, or how to monetize their skills. Their education might be so far removed from the way that we were brought up that they genuinely might not understand things that we take for granted to be common knowledge. In addition, I can’t seem to convince them to see them as human beings and to treat them as such. There’s this disconnect where people have created a safe space of in-humanity so that seeing this suffering doesn’t bother them in the least. I started the project because I wanted to try and get through to these people, and just remind society of what it might actually be like to live that life.

You say that you don’t have to give money to give charity?
It’s simple really, I’ll use a story of a man I used to drive past every day on the way to work to illustrate. His name was David and he couldn’t use his legs properly. I drove past him every day for about 2 and a half years and in that time I gave him maybe R40 in total, but every morning I would say howzit, and ask him how he was doing. We would make small talk about whatever there was to talk about and I gave him a lift to a taxi once or twice. He never asked me for money once, I gave him when I felt like it, but every other time when I simply gave him respect and chatted with him as I would to anyone I see as equal, it made a huge difference in his life, his face lit up every time I rolled down my window to chat. I feel strongly that it’s better to give nothing but respect than to give money with no respect. Simply offering a smile and a polite response, as opposed to the rude and unfair responses I see people giving so often, makes such a difference. Sometimes it can be hard, but it’s only fair.

Future plans for Mothers of the Streets?
Mothers of the Streets is actually a smaller part of a bigger project called ‘The Streetside Project’ in which I will continue to document the lives of the lower class people that live on the streets of the middle to upper class South African society. My next shoot is going to be with the guys who stand at robots with black bags for drivers to throw away their rubbish. 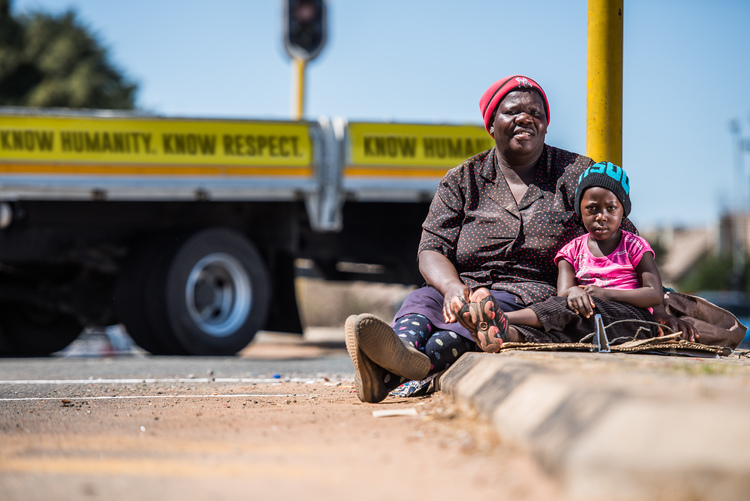 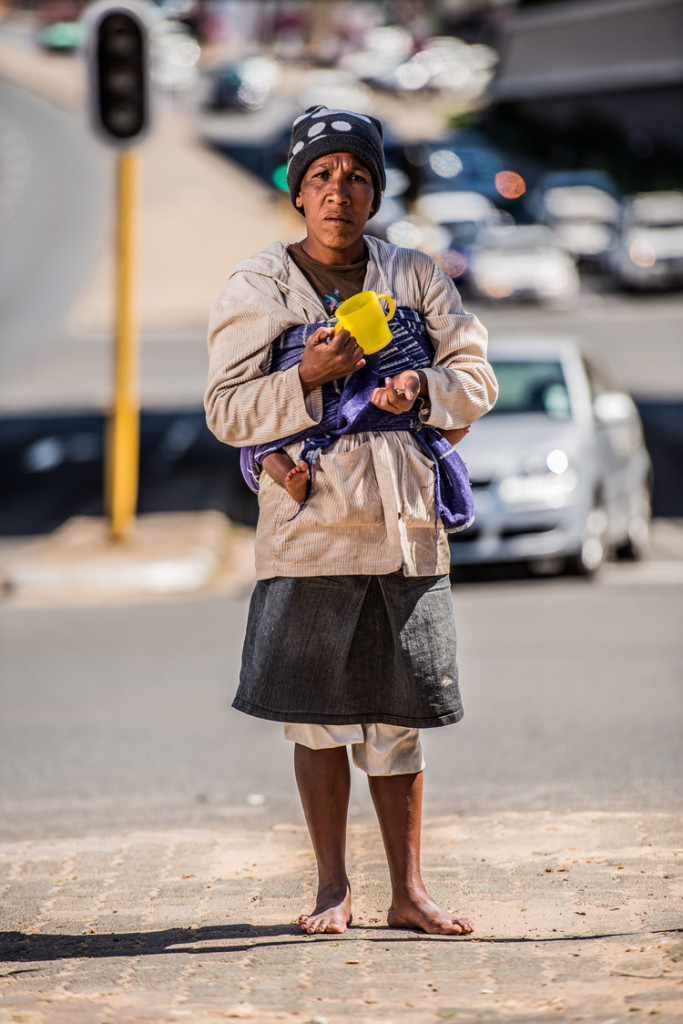