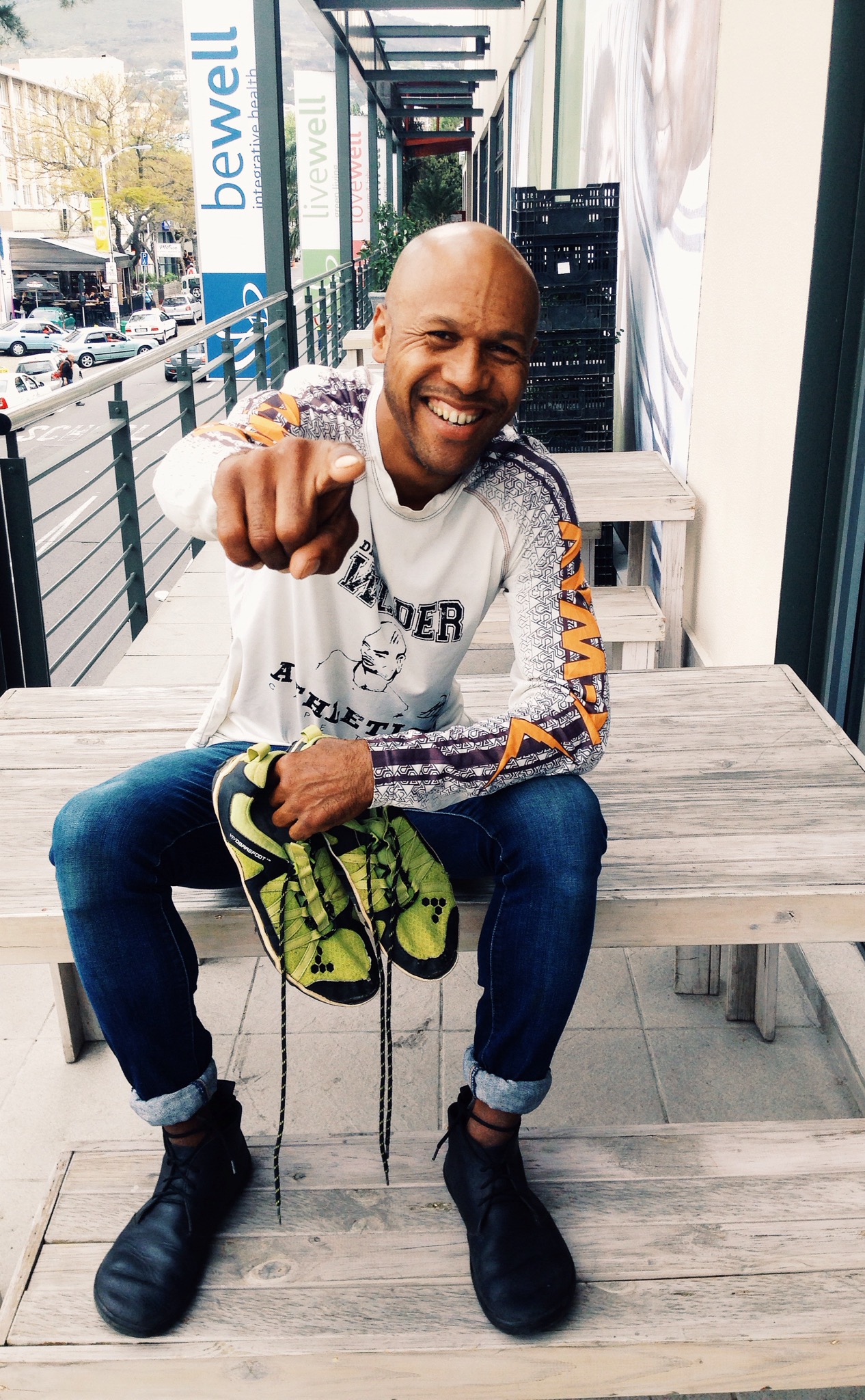 Four years ago I decided that I wanted to run around the world and race against the elite runners. This is after not having done any exercise in ten years.

So you weren’t a runner previously? One day you woke up and decided you wanted to be a runner?
My dad was an Olympic gymnast. So I had that gene, which does help. I ran my first marathon at sixteen, I wanted to be pro but then I went into fashion at nineteen. At twenty-nine I wasn’t exercising, I had lost my gym contract, I was just working. I always wanted to get back into sport.

I designed an international program which has been running for three years now, to find out who the best athletes were in the world and to run against them until I make them sweat. I literally had to touch shoulders with them, even if it was just for a kilometre and push them so hard that I either fell out of the race or they did. So the first year I did eight ultramarathons within five months on different continents.

The second year I did the same circuit, but I shrunk it down. On average I did 1200km in a month which was a marathon a day, every day for thirty days. So I lost 20kgs, which was the first objective. The second one was to learn another way of running, running causes all kinds of injuries. So I studied under Bobby Mcgee who was coaching me when I was sixteen. I found my original notes from when I was sixteen and went back to them. I designed a training program using Zola Budd Bobby Mcgee and this barefoot running program’s techniques (Born To Run). I combined these three, plus the pose technique which is a German philosophy. Through that process, I found out that this Born To Run, barefoot technology actually takes on a new life of its own. Everything is lighter, everything is more alert. I started eating lighter and living lighter and having a lighter spirit. So the journey has been quite enlightening if I can put it that way.

Most people don’t know how to run without injuring themselves. Watch people running, it is easy to spot a good runner from a bad runner. I see many injured runners trying to push through. People who do not know what their bodies need…
My advise there would be to stop running until you learn how to run properly. Most people are using all the g-force on their knees, backs and joints, causing major fatigue My whole concept is about longevity. So light in footsteps, a better oscillation so more movement, getting your body to move. So Instead of going three times a week to the gym, move every day for an hour. If the body is not switched on and you all of a sudden jerk it into a process it is a big shock to the system and that is where injuries form.

I am a walker, a power walker.
Perfect. Keep that up, it is the best form of exercise. So the barefoot concept is a lifestyle brand, so we are focusing on educating people through food, through wellness and through running.  From the nutritional side, I was introduced to James (Sexy Food) via barefoot as I refused to carry on eating as I was eating any longer, they recommended that I meet up with him, he is also a runner.

Where were you?
In Italy. There was the most amazing sunset, I just sat and watched it. Eventually, when the sun had set and it was dark I decided that I was sleeping there and the following day I did the same thing. So it became my spot. I had different drop zones where I had my gear and I ran between villages and towns. I came back every now and then to check if my things were still there and they were. That was my haven. It so happened to be one of the routes for one of the trail runs.

Number two? For a normal person, you flinging yourself off rocks would definitely be one, but I don’t think this is the case with you.
I think falling in love with this Italian lady was pretty scary. It really opened me up to really love someone’s spirit and to be able to let them go was quite crazy for me.

Madness. Total madness. When someone asks you what you do, how do you answer? I can see the hesitation with this question?
Okay, it normally takes me four hours to answer that question. Because they badger me, if they are American, with all kinds of questions.

South Africans?
I say I run mountains and do crazy adventures. Chicks dig it.

Is that your answer?
Yes.

So that’s what you do. How many countries have you been to on your adventures?
I have lost count.

Take a guess? A random number? Are you counting?
I can rattle them off but I haven’t counted.

Write them down, write a book?
I have the title already.

Oh yeah?
Watch your thoughts, they start your actions.